Posted at 17:44h in Junior School by Paul Murphy 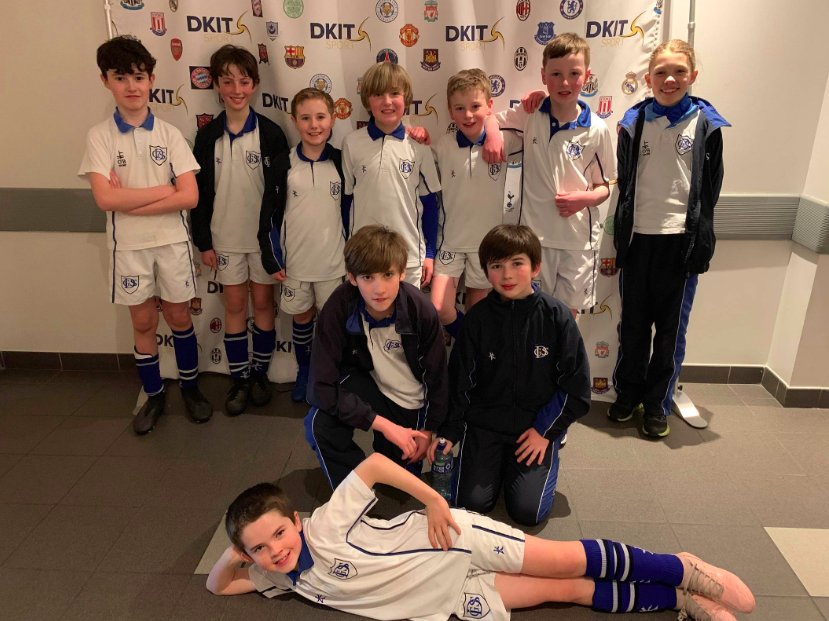 A team of students went to DKIT sports facility on Tuesday the 5th of March to participate in the FAI 5-a-side soccer tournament.

Teams from all of Leinster participated, which meant the competition was fierce, nevertheless we were up for the challenge.

Our first game was against Stabannon; this was a tight encounter, with both teams matched very evenly.

Stabannon scored first, but soon after we equalised. They then went one in front, but again we equalised. Both teams gave it their all, but unfortunately in the dying stages of the game Stabannon managed to break through our defence to score the winner. However, this was a very good competitive game played in a great manner.

The second game of the day was a contest against Faughart.

In complete contrast to the game previous, this game was very one-sided. We played great football, and hit the back of the net  17 times, running out 17-0 winners.

Our final game of the day was against an undefeated side – St Pauls Walshestown.

Once more this was a fierce contest. Both teams had chances. We had two very good shots on goal, only for them to go just wide.

Unfortunately, the luck just seemed to be with St Pauls on the day and we lost 5-3.

In spite of this, there were some outstanding performances, and the players were fantastic throughout.