Posted at 12:09h in General by Paul Murphy 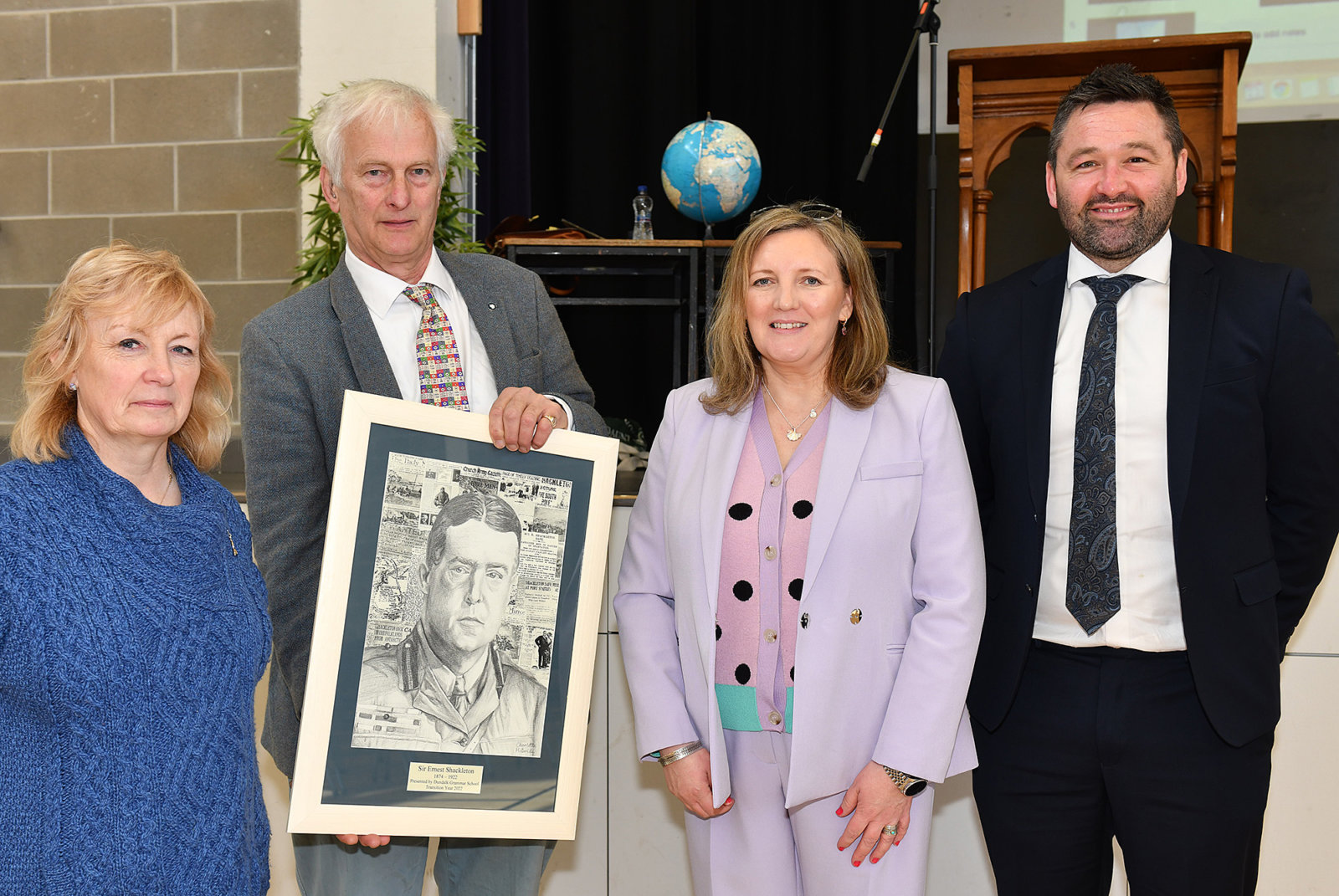 Imagination, Courage, Patience, these are qualities that Ernest Shackleton had in abundance and helped him face many adversities in life and in his many expeditions to Antarctic. According to Jonathan Shackleton (cousin of the famous Antarctic explorer) The most important aspect of any of his expeditions were the people involved. Ernest always put the crew’s welfare before any fame or glory that was on the horizon.

Jonathan Shackleton is cousin of the Irish Kildare-born Antarctic explorer, Sir Ernest Shackleton. He is the family historian for the Irish Shackletons whose ancestor founded a Quaker school in Ballitore, County Kildare, in 1726. Jonathan is a graduate of Trinity College, Dublin, in Natural Sciences and was awarded his Masters Degree from Ohio State University for work in Arctic Alaska.

As a lecturer and guide, Jonathan has accompanied 30 groups on trips to the Antarctic in the past 15 years as historian, guide, photographer and Zodiac driver. Highlights of Jonathan’s visits have been landing on Elephant Island at Point Wild, visiting Ernest Shackleton’s grave on South Georgia, traveling to the Ross Sea, landing at Cape Adare, and visiting two of the largest emperor penguin colonies in the world. Jonathan was a member of the first group to visit the emperor penguin colony at Snow Hill.

Jonathan has been involved in many Shackleton and Antarctic activities including films, TV documentaries, television and radio interviews, exhibitions and has given many talks in Antarctica, Canada, England, Ireland, Tasmania and the United States.

Most recently, Jonathan was a consultant to Sir Ranulph Fiennes for his recent biography “Captain Scott.” Jonathan is co-author of “Shackleton-An Irishman in Antarctica” about Ernest Shackleton with emphasis on the Shackleton family and the explorer’s Irish background. Jonathan is a Fellow of the Royal Geographical Society, London; was recently elected member of BAS (British Antarctic Survey) Club, and is a member of the James Caird Society.

Jonathan illuminated the adventures of both Ernest and then in recent times, of himself,  on the inhospitable continent of Antarctic. The students got a sense of what life was like on board ship and on the ice and were beguiled by the many mishaps on the expeditions. Jonathan vividly described those times over a hundred years ago and the challenges faced by the crew in the pursuit to get to the South pole.

Mr. Enda Murphy Deputy principal, in his welcome speech, brought into focus Tom Crean, a hero of his from Kerry and a massive contributor to Shackleton’s expeditions. The students were very impressed that these Irish men were very much leaders in the challenge of navigating extremely tough conditions in the pursuit of getting to the South Pole.

Places like the Weddell Sea, Elephant island, South Georgia, the Ross Sea now trip off the tongue like old familiar places and have resonated in the student minds as places where Shackleton and his team experienced severe and unimaginable challenges but with patience, imagination, and courage overcame each one.

Jonathan painted a wonderful picture of how beautiful Antarctica is, as he has been there 43 times leading expeditions and giving lectures. Some recommended reading from Jonathan is ‘The Worst Journey in the World’ ironically published by Penguin books. He was recently interviewed on BBC and globally about the discovery of Shackleton’s ill-fated ship ‘Endurance’, which was named after the Shackleton family motto ‘Endurance’  and found in wonderfully pristine condition at a depth of 3000m in the Weddell Sea.

Jonathan explained to the students that he was surprised to see the ship in such pristine condition and informed us all that the ship will remain where it rests today under the conditions of the Antarctic treaty.

A Q&A session and presentation concluded the visit organised by  Ms. Aisling Byrne and the TY Emerald Events team. Talented TY student Charlotte Mc Bride presented her portrait of Ernest Shackleton as a gift from the students to commemorate the 100 year anniversary and as a mark of celebration on the recent discovery of the ship ‘ Endurance’.

Muireann Maher 2nd year presented a glass plate from the school as she had recently completed her CBA on The life and times of Ernest Shackleton.

All in all, it was an inspiring and insightful talk which shone a light on Ernest Shackleton’s expeditions and life on the great continent of Antarctica and struck a relevant chord with the students as the collapse of an Antarctic Ice shelf was the focus of many news bulletins the same week. 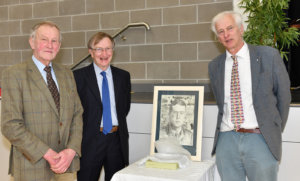 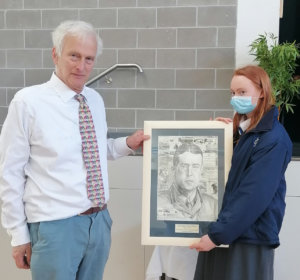 Talented TY student, Charlotte Mc Bride presents her portrait of Ernest Shackleton to Jonathan Shackleton as a gift from the students to commemorate the 100 year anniversary and as a mark of celebration in the recent discovery of the ship ‘ Endurance’. 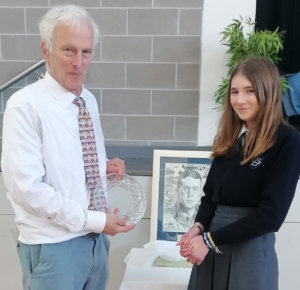 Jonathan Shackleton with Muireann Maher, 2nd year after presenting him with a glass plate from the school as she had recently completed her CBA on The life and times of Ernest Shackleton. 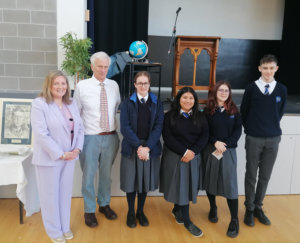 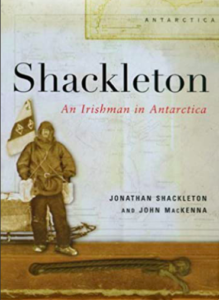