Posted at 18:06h in General by Paul Murphy 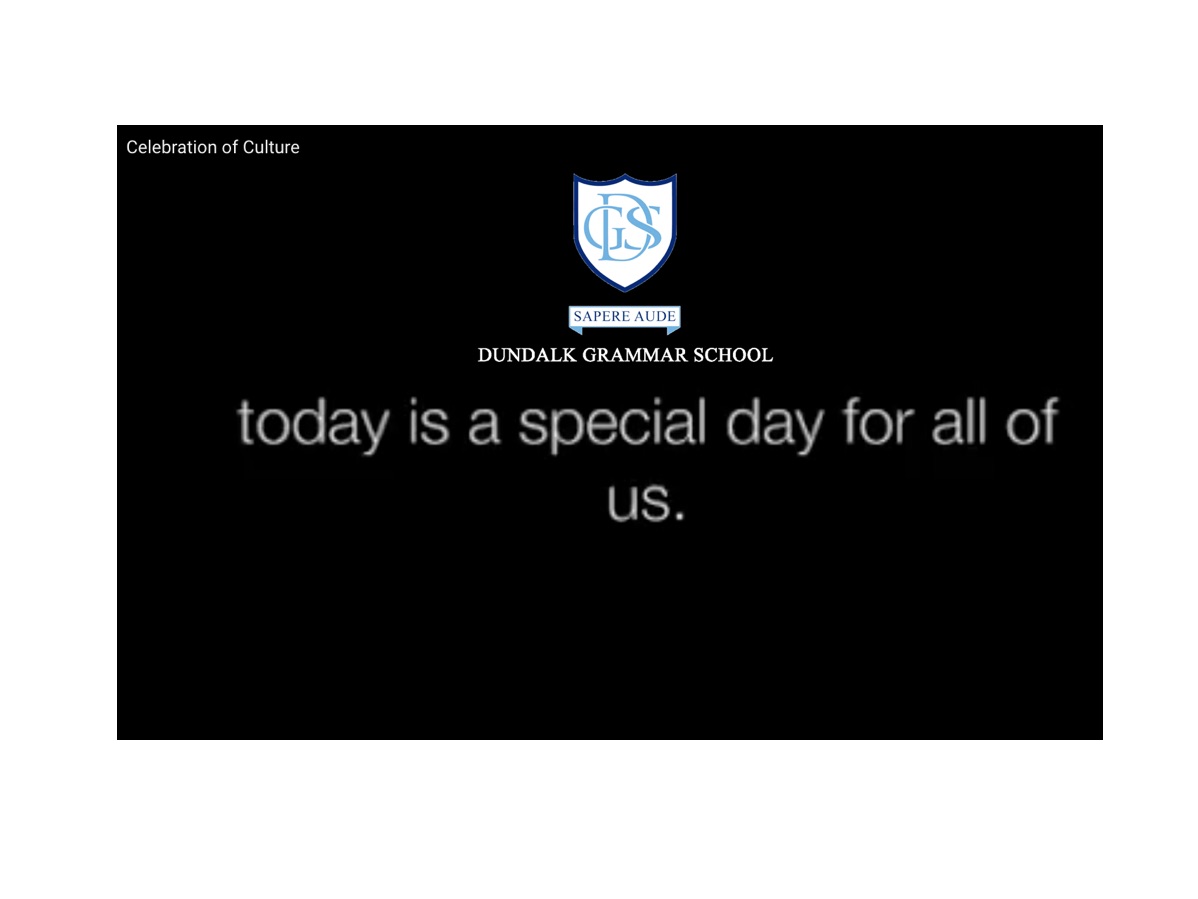 In a colourful, atmospheric and emotional day at Dundalk Grammar School last Thursday (March 15th), students put on the first ever Celebration of Culture Day at the school. Born out of an idea that surfaced from a group of 2nd Year students pursuing their CSPE Project on Racism, the idea for such a Day gathered momentum with meetings held after school beginning in September.
A Steering Group of motivated and interested students emerged from these meetings, as a plan was put in place.

Could the student population be inspired to embrace such an idea, as the success of the day would depend on the students themselves embracing, and taking ownership of, the vision being put forward? You bet!

With 50 cultures making up the student population, the Steering Group was tapping in to a latent desire by the students themselves to exhibit and promote these cultures. The Celebration of Culture Day was the opportunity, and boy did the students grab it, and make it a day to remember. Even those who were less enthused got swept along by the atmosphere on the day, not anticipating just how much work had been put in by the Steering Group, and how interesting a Programme had been planned for the day. There was something for everyone.

Students were encouraged to come in to school in cultural dress, or wear anything that reflected their culture. To see so many students dressed so colourfully and meaningfully gave a real embodiment and meaning to what the day was all about. The message was simple. Acknowledge Diversity, Work on Unity. Through better understanding of difference in culture, we can recognize how much we have in common and come together.

The Day started with a special student Assembly, taken by the students themselves. There was singing and dance. A video Voxpop of a range of students giving their thoughts on culture. Another video taken in the school in which students spoke in their native languages, Irish students as gaeilge. The message being, we may speak in different languages, we are all one. Perhaps one student, Melissa, summed up the message of the day, when she read out a beautiful poem that she herself had written. We should embrace each other’sl culture through shared understanding. Then there can be no reason for conflict.

Lots of activities took place throughout the day, with teachers entering the spirit with their classes. Stalls were dotted throughout the main school building depicting the various cultures. Live music was put on by the students during lunch time. Music with an international theme played over the PA during break time. A Soccathon took place in the afternoon involving 1st, 2nd and 3rd Years. Teams were named based on teams participating in the upcoming World Cup. Garrett Mullen, Founder of Show Racism the Red Card in Ireland, was present to give his support.

Embassies had been contacted in the run up to the Day. Many sent flags, posters, and other materials to assist with decorating the various stalls. 2 Embassies went further, and had representatives attend the series of events on the day. The Steering Group of students were very pleased to welcome the Deputy Ambassador of the Embassy of Israel, Ms Orli Weissman, and the Embassy’s Information Officer, Ms Sheryl Ann Jackson, and Mr Florian Rehli, First Secretary, German Embassy.

Arguably the highlight of the day was the afternoon Culture Presentation Event. This Event gave full voice to the diverse range of talents in young people today. Irish dancing, and dance fusion between Ireland and Pakistan. 2 memorable pieces played on piano. Singing. Reflections on culture. Strings music. Video and poetry. The packed audience showed its appreciation to the performers who gave it their all, again putting on show the talents of the students from diverse cultures, yet here all coming and playing together.

The dream and vision for the day was to celebrate Culture. The Steering Group of students could not have dreamt how well the day would actually go. It was beyond expectation, as the wider student body rowed in behind the concept. All those meetings, and stresses along the way, had been worthwhile. Everyone had fun, and all agreed that something tangible had been achieved. Celebration of Culture Day is set to become an annual event at Dundalk Grammar School.

March 15th was a Celebration of Culture Day in Dundalk Grammar School.

With 50 different cultures in the school, the students came together as one and created a day of celebration for all to enjoy.

Check out their video’s below and watch out for more pictures and video to appear on this page soon.

Well done to everyone for making today a day to remember.

Celebration of Culture photographs can be viewed in the GALLERY section. 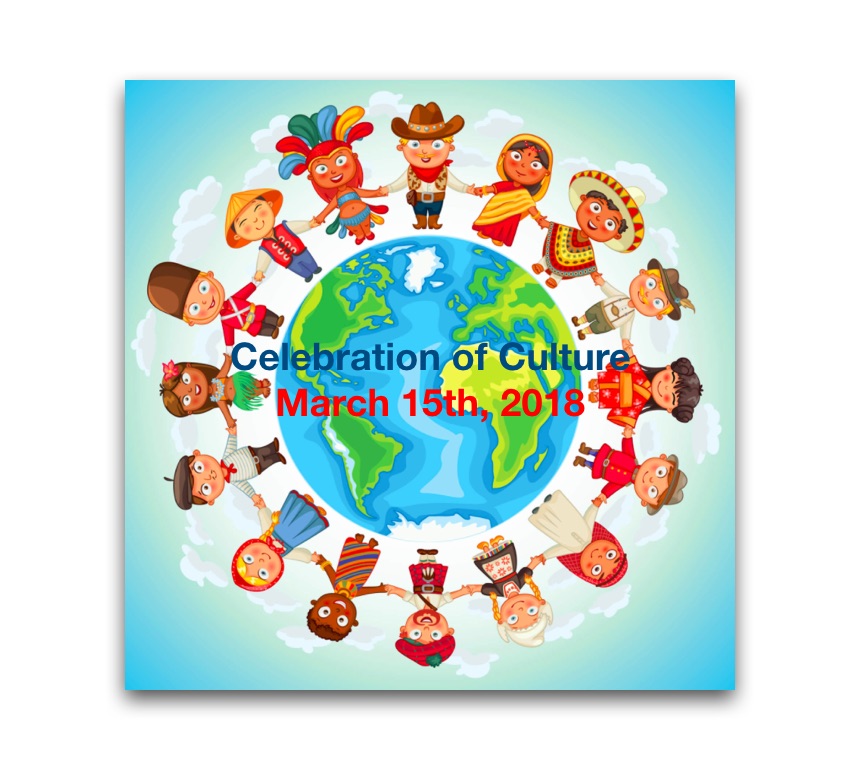 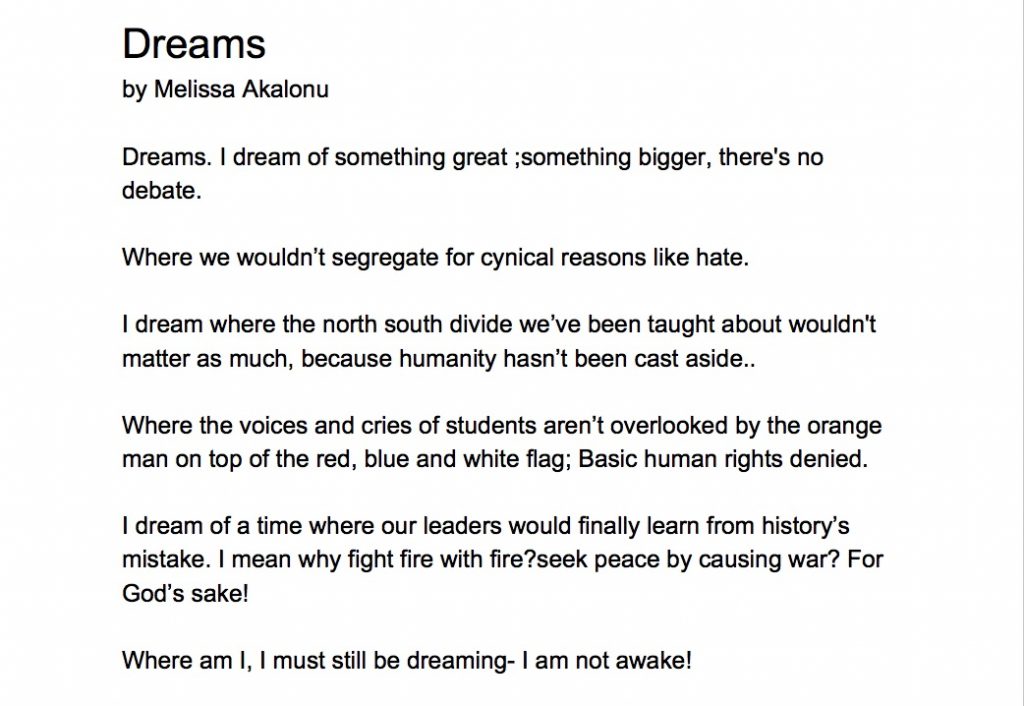 Read this inspirational poem called  Dreams by Melissa Akalonu (DGS Third Year Student) which epitomizes what the Celebration of Culture day is all about.