12 Oct Girls Tennis: a successful start to the sporting year

Posted at 09:49h in Sports, Tennis by Paul Murphy 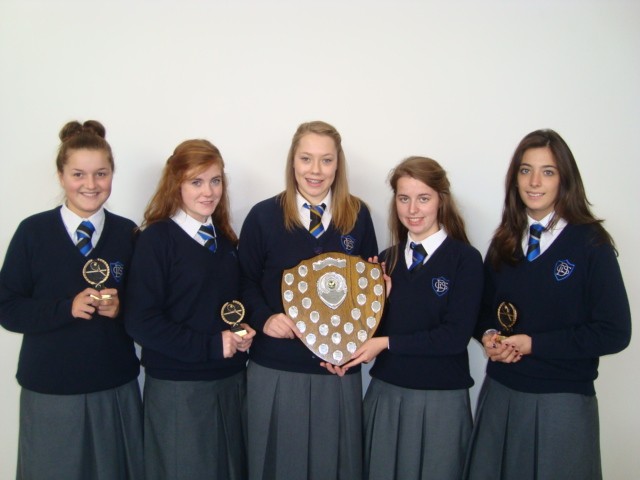 On 26th September 2012 the girls’ tennis team travelled to Bettystown to take part in the annual Drogheda and District Schools Tennis League.  Last year the team got to the final, only to lose out to a strong Balbriggan team. However, this year the girls were determined to recapture the trophy which DGS had previously held for 5 consecutive years from 2004-2008.

Captained by Eadaoin Casey, the only member to previously be part of a winning team, the girls successfully negotiated the tricky round robin phase of the tournament and made it through to a semi final against Loreto Balbriggan. After a nail biting points count-back they emerged victorious against their last year’s nemesis and then went on to play in the final against Eureka Kells. Moving up another gear the girls all played superbly to emerge decisive winners by 22 games to 10.

The team members were Eadaoin Casey and Anna Ledwith at U18; Ruth Copas and Jemma Wilson at U16; Emma Bailey and Martina Serra at U14.
All the team deserve great praise for the determined efforts on the day, winning 14 of the 15 matches they played and Eadaoin deserves a special mention, not only for leading and motivating them, but also for the organising she did in advance of and on the day.