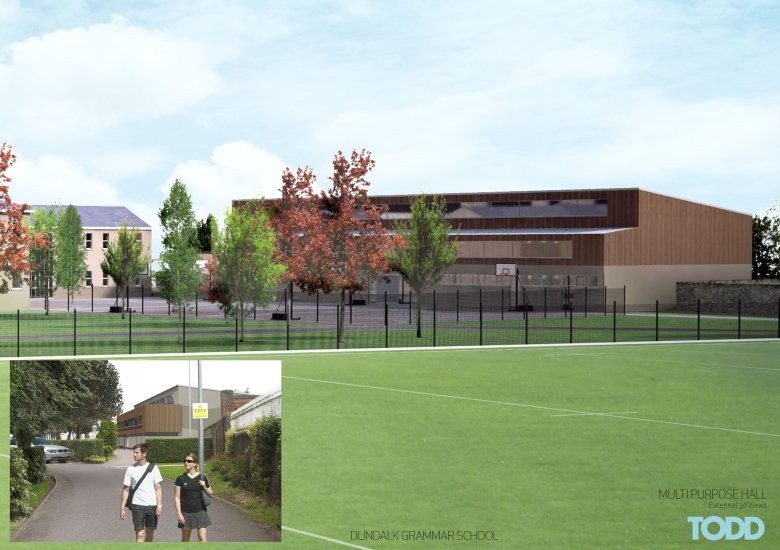 A major redevelopment project, with a spend in excess of 6 million euro, commenced in November 2011.  The project is one contract divided into two seperate phases which will run over twenty two months. 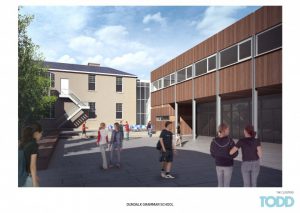 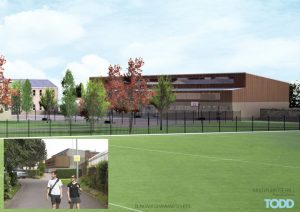 Phase 1, which is well underway, is the building of a Multipurpose Hall to be ready for the start of the 2012 academic year.  This building will house a fully-equipped stage so that the superb productions put on by the school’s drama department and its orchestras will have the facilities to do justice to their skills and exuberance.  The hall has been acoustically engineered so that both speech and music will be heard at their best aided by an excellent electronic sound system.  The hall and stage lighting will be state-of-the-art too, so that all productions may be also seen to best effect.   The hall will have seating for an audience of 800 people, enabling Assembly and Prize Days to take place in comfort and “at home”.

The auditorium will be configured for much of the time as a sports hall with space for four badminton courts and basketball facilities. This will be a tremendous asset for the very many students and staff who are involved in sport in the school.  PE students and sports teams will have access to new changing rooms.  In addition there wil be a fitness room fully equiped with exercise machines and approriate exercise equipment.

Phase 2, scheduled to commence next Autumn (September 2012) will provide a two-storey modern, purpose-built, fully equipped, light and airy complex.  This new classroom block will be two storey and provide a wonderful array of new facilities including 20 classrooms, 2 science laboratories, 2 computer rooms (including a multimedia laboratory), a library as well as dedicated learning resources rooms.  In addition students will have access to a full kitchen and dining room as well as dance and drama space.

While having its own entrance, this new block will also link to the old central building from its main central atrium at two levels.  The whole will form one side of an attractive new quadrangle .  A search has recently (January 2012) been launched under the government’s Per Cent for Art Scheme to appoint an artist to work with the school in producing a visual art work.  This art work will provide an important visual focus within the Clositers area of the new development.