Posted at 17:23h in General by Paul Murphy 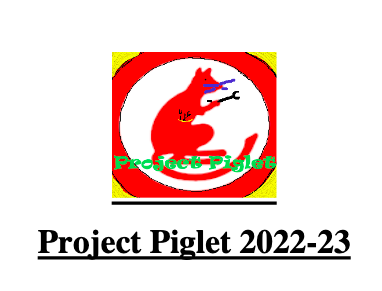 Progress has been a little slow over the last few weeks (Week 3 and Week 4), due to other commitments.

The school open day meant we missed a week, but I’m told the display for the open day generated a lot of interest in the project.

The following week, 4th years were involved in a sailing event so again we missed out.

However, last week Mr Tom Thornton came in and very kindly went through the electrics.

Tom restores old vehicles and had some valuable observations and suggestions to make.

Essentially, there are only a few parts to the starting system:

As the bike has no starter motor, it has to be started by kicking the kick start. This turns the magneto, which generates an AC current which then goes to the rectifier (or CDI) unit. This converts the power to DC, it also sends some electricity to the battery to keep it charged and generates the pulse for the spark plug.

Electricity is then passed to the coil which converts or ‘steps up’ the charge to a higher charge and then sends pulses to the spark plug in the correct order. Tom was able to identify some issues with our bike, some connections that weren’t connected correctly, and also that the CDI unit had been bypassed, as someone had tried to insert an alternative one (see the spare circuit board in the picture below).

To fix it we will have to replace the CDI unit, remove all the wiring for the bypass then follow the wiring to make sure all the wires go to the correct place. You can see the bird’s nest below! 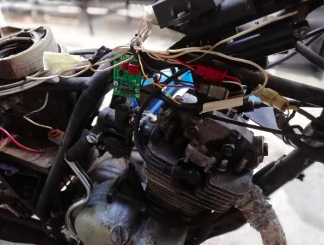