Posted at 08:00h in General, Soccer, Sports by Paul Murphy 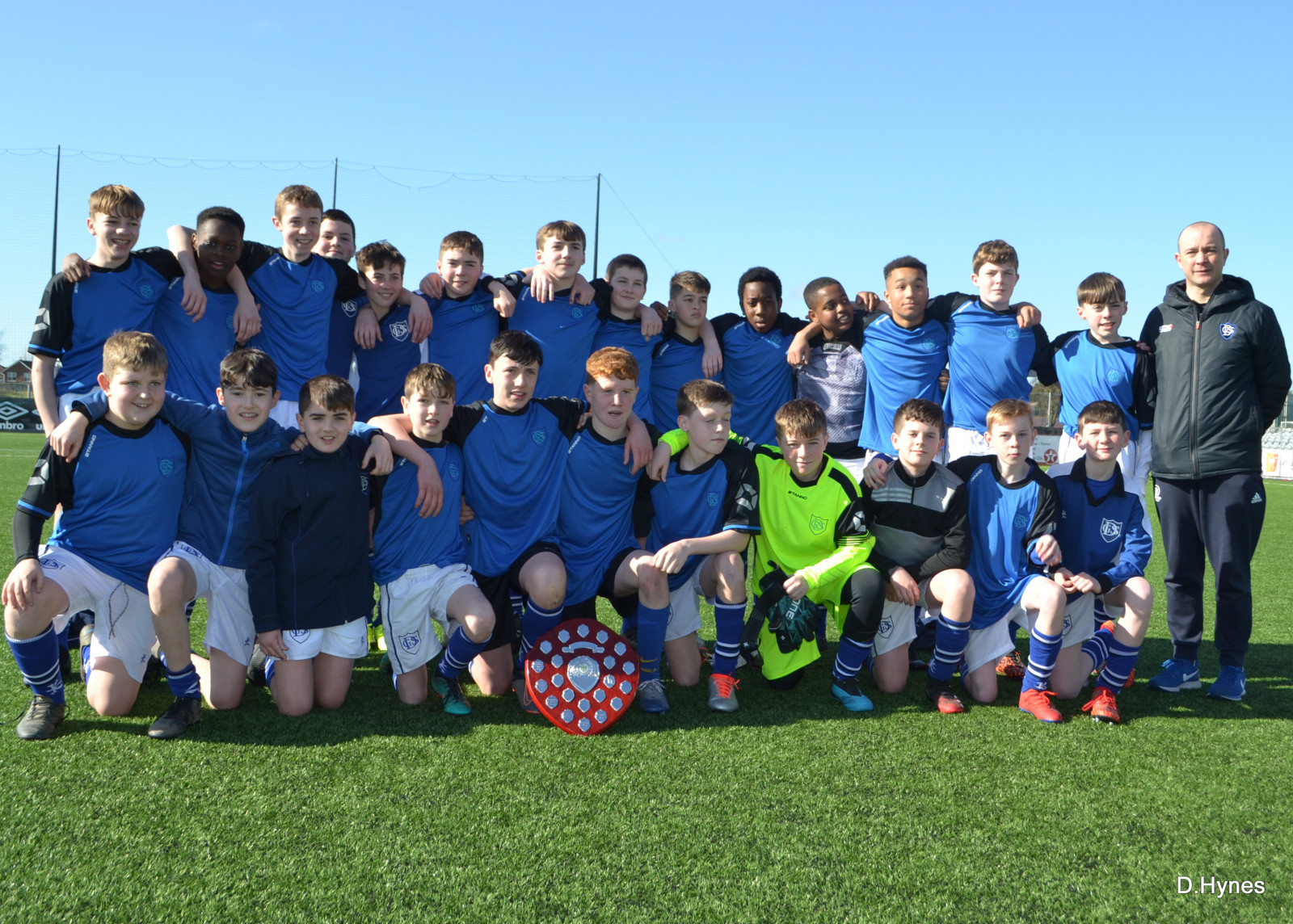 On Wednesday morning Oriel Park was the venue for the FAIS North-East Division 2 League Final between Dundalk Grammar School and Ardee Community School. Both contenders in the final were drawn in the same Group, Dundalk Grammar topping this while Ardee finished 2nd ahead of Ashbourne CS.

Grammar went on to defeat Ballymackenny College 4 – 2 and Donnabate CS 3 – 2 in the knock-out stages to secure their place in the final. Ardee had defeated Kingscourt CS in their semi to advance to the final.

Perfect conditions at Oriel park allowed for an open game of football, both teams having opportunities on goal in the opening minutes. In the 14th minute Grammar’s Runako Sweetman was taken down in the box and the penalty awarded was struck home by Cian Spaight. Within minutes Ardee had equalised and put huge pressure on the grammar’s back four. In the 20th minute Ardee went 2-1 up, Adam Gillespie key in their attack.

A superb corner in the 22nd minute from Grammar’s Luke Ryan spun over the keeper’s head and into the net to level the sides. Niall Donohoe and Cian Spaight worked tirelessly in the mid-field to supply their forwards while team captain Daniel Kelly was solid in defence. In the 27th minute Cian Spaight rounded two defenders and struck a powerful shot that hit the top corner to put the grammar 3-2 ahead at the half-time break.

Ardee were relentless early on in the second half and goalkeeper Ronan Foley had to be at his best to parry some of their chances. Ardee tired a little and Grammar began to dominate possession. In the 49th minute Daniel Kelly’s blistering free kick couldn’t be stopped, and his resulting goal effectively sealed the result for Dundalk Grammar.

Grammar captain Daniel Kelly received the North-East League Division 2 Trophy from Declan McGrath, Honorary Secretary FAI Schools (Leinster Branch). This is the first time that Dundalk Grammar have won the U-13 League title. The grammar now advance to represent the region in the champions league quarter-finals were they will take on the winners from West Leinster. 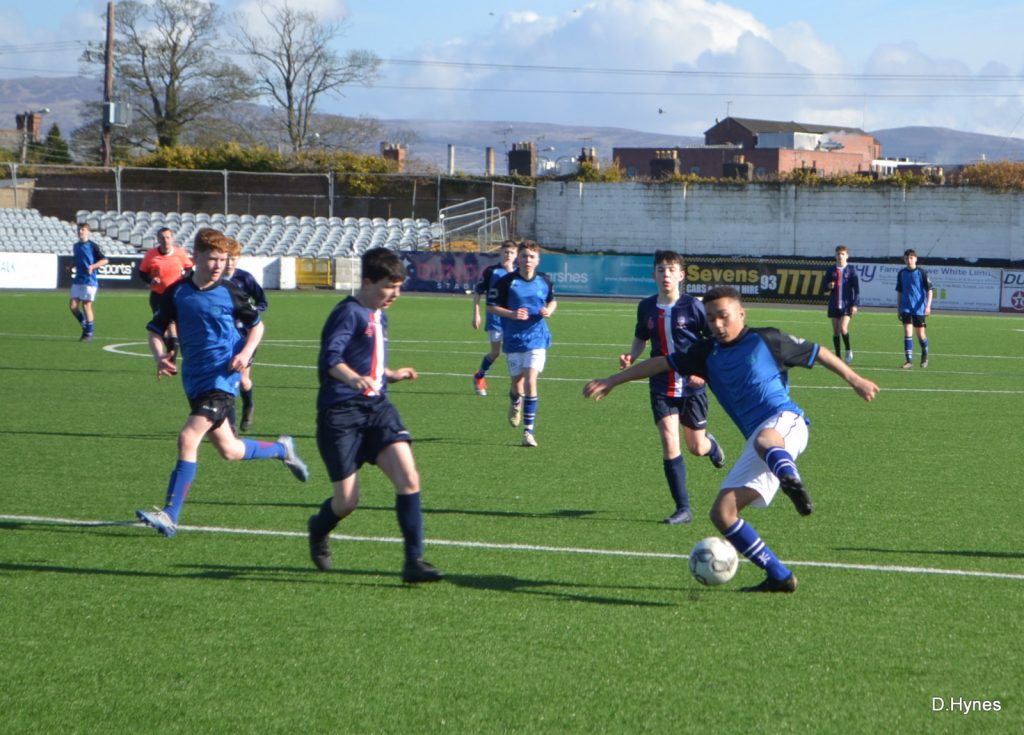