Posted at 17:07h in General by Paul Murphy 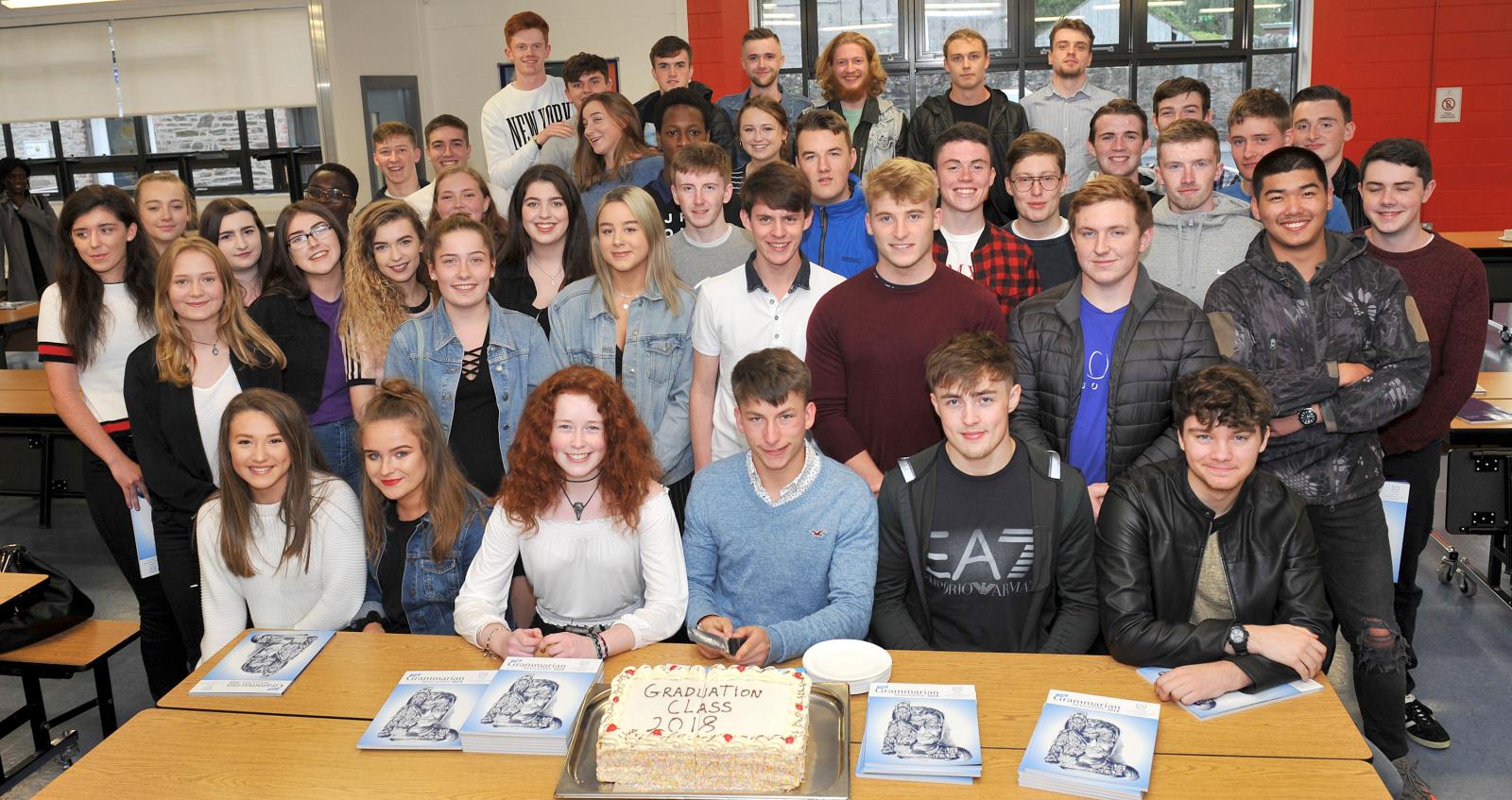 Time for tea and cake at the Graduates' Tea held in Dundalk Grammar School. Picture: Ken Finegan
On Wednesday 29th August Dundalk Grammar School welcomed back to the school the Leaving Certificate Class of 2018, acknowledging them for their tremendous achievements in the recent State Examinations. A large gathering of students and parents were greeted by Jonathan Graham, Headmaster, and his staff.
In his address to the graduates, Mr. Graham praised all the students for their contribution to the school and wished them every success as they embark on their journey into further and higher education.
Mr. Graham noted that over half of DGS students had attained their first preference course on the CAO, UCAS and EUNICAS systems. Approximately 98% of this year’s graduates will make the transition to further studies in Ireland, the U.K., European Universities in Poland and the Czech Republic as well as the U.S.A. The majority of students are heading to the main universities in Ireland with UCD being the most popular destination among the students. Two students also successfully gained entry to the Defence Forces Cadetship Programmes.
Students were presented with medals for academic excellence across a range of subject areas with the publication of the Leaving Certificate results. The evening concluded with the cutting of a large cake that was presented to them by the school. 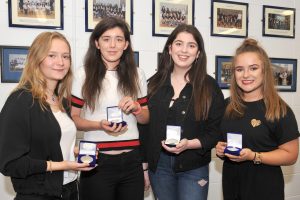 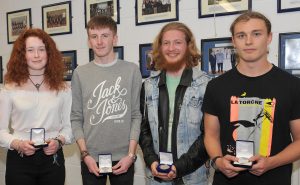 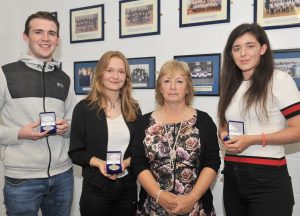 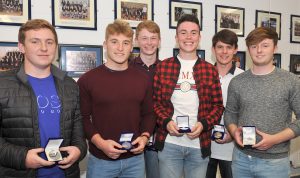 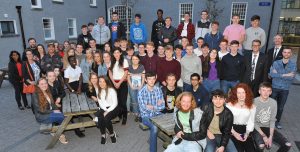 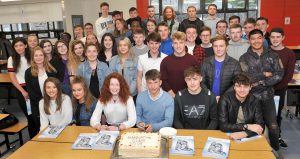 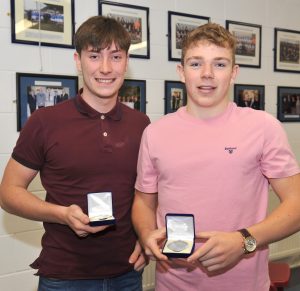 Thomas Shevlin and Jack Hughes who receives awards for achieving H1’s in at least one subject in this year’s Leaving Certificate at the Graduates’ Tea held in Dundalk Grammar School. Picture: Ken Finegan