Posted at 13:50h in General, Junior School by Paul Murphy 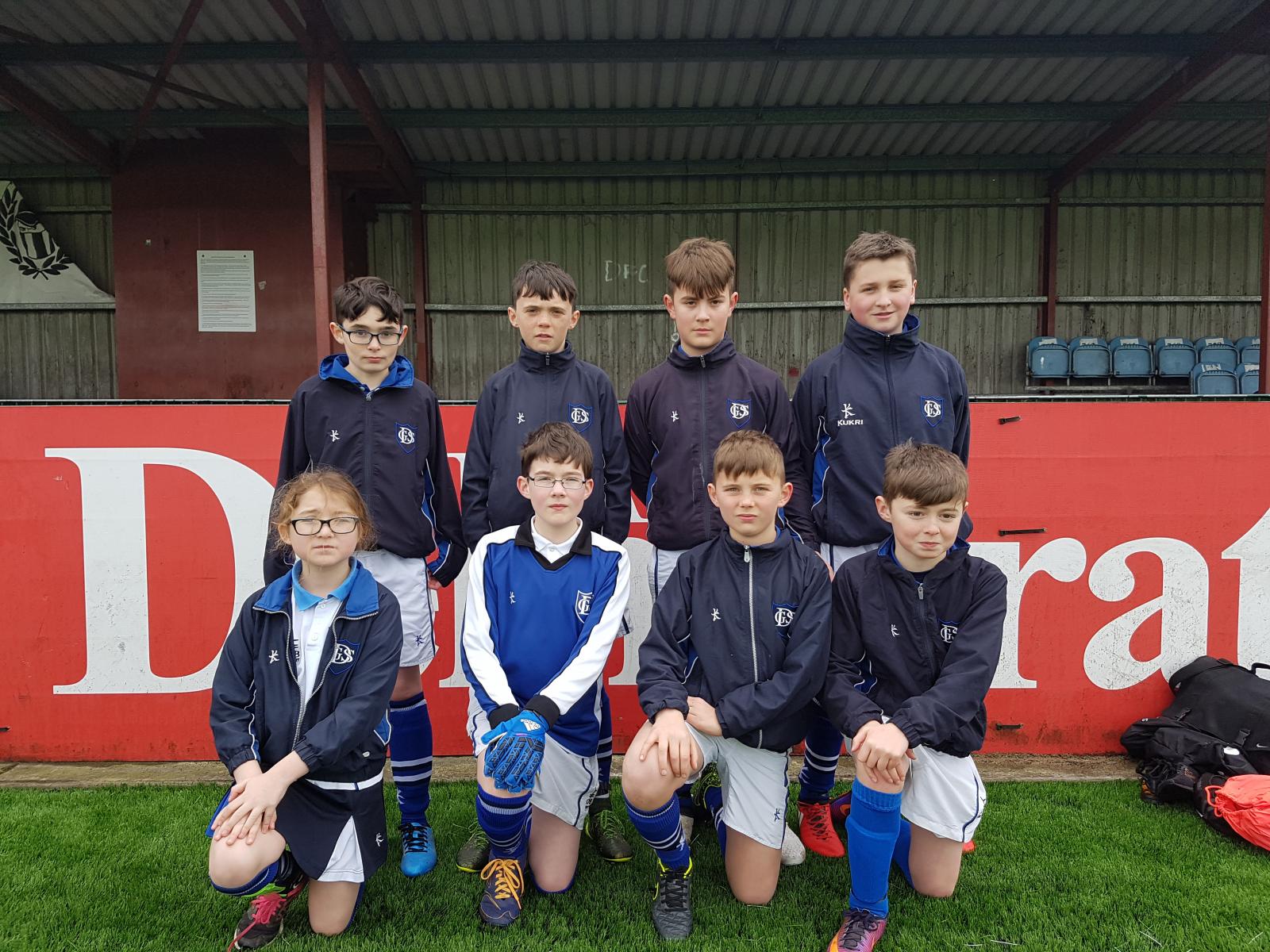 The tournament involved teams being split into 5 groups with majority having four teams in a group and two groups having five teams. Dundalk Grammar A’s team where in the group of five so they had a difficult group. Their first match was against Muchgrange NS  B team which they had a comfortable 4-0 win over them. Goals scored by Tom Bradley (2), Liam Mc Namara and Lorcan Ticehurst.

The second match was against Faughart NS which was an exciting game as it was end to end action with plenty of opportunities to score for both teams. But Dundalk Grammar A’s team were the more clinical team as they won that match 6-2 with Thomas Mc Namara scoring incredible hat-trick followed by 2 goals from Dillon Simpson and a goal from Liam Mc Namara.

Third group match for Dundalk Grammar School A team was to be tight game as it was against the St. Furseys B team who had won all their previous games prior to this match. It was a close game with not many chances, both teams defending well and some excellent saves from Dundalk Grammar goalkeeper Alex Ofterdinger.    Dundalk Grammar A team took their chances when they got them and the match ended up finishing 3-1 to Dundalk Grammar goals coming from Dillon Simspon, Thomas and Liam Mc Namara.

With Dundalk Grammar A’s team winning all their matches they were top of the group and a win or draw meant they would have topped their group and qualify for the play offs. So their final group game was against another tough opposition St Finans A who had only lost one match previously and also had chance qualifying if they won their final match. Both teams seemed a bit nervous at the start of the game as there was a lot to play for but Dundalk Grammar A team got the first opportunity and scored from a brilliant strike from Dillon Simpson. It wasn’t long though for St. Finans to get back to level terms as bit of miscommunication from Dundalk Grammar defence allowed an easy goal to go into the  back post. Dundalk Grammar regained the lead with a great team goal which involved great link up play and was nicely finished by Tom Bradley. Dundalk was in the driving seat with only a few minutes left but St. Finans didn’t give up and in the final play before the whistle blew, St Finans got a last minute equaliser and the game ended up finishing 2-2.

As a result Dundalk Grammar school A team finished top of their group and qualified for the playoffs. This meant they played the runners up in Group 4 which was Stabannon A team. The play off began and Dundalk Grammar A team started the better of both teams getting two quick goals from great build up play, goals being scored from Liam and Thomas McNamara.  Dundalk Grammar A team continued to dominate and from that they increased their lead with a brilliant solo effort from Dillon Simpson. Stabannon tried to get back into the game and for their efforts got a goal back but it seemed to be too late as the final whistle blew and it finished 3-1.

This meant Dundalk Grammar A team have won their play off and now have qualified for the finals on the 5th of April. This was an incredible achievement for Dundalk Grammar School A team considering the amount of schools that competed in the local tournament. Unfortunately, Dundalk Grammar B team didn’t make it out of their group but both teams had an enjoyable experience. We would like to thank the FAI for organising this event and we will be looking forward to coming back for finals day. 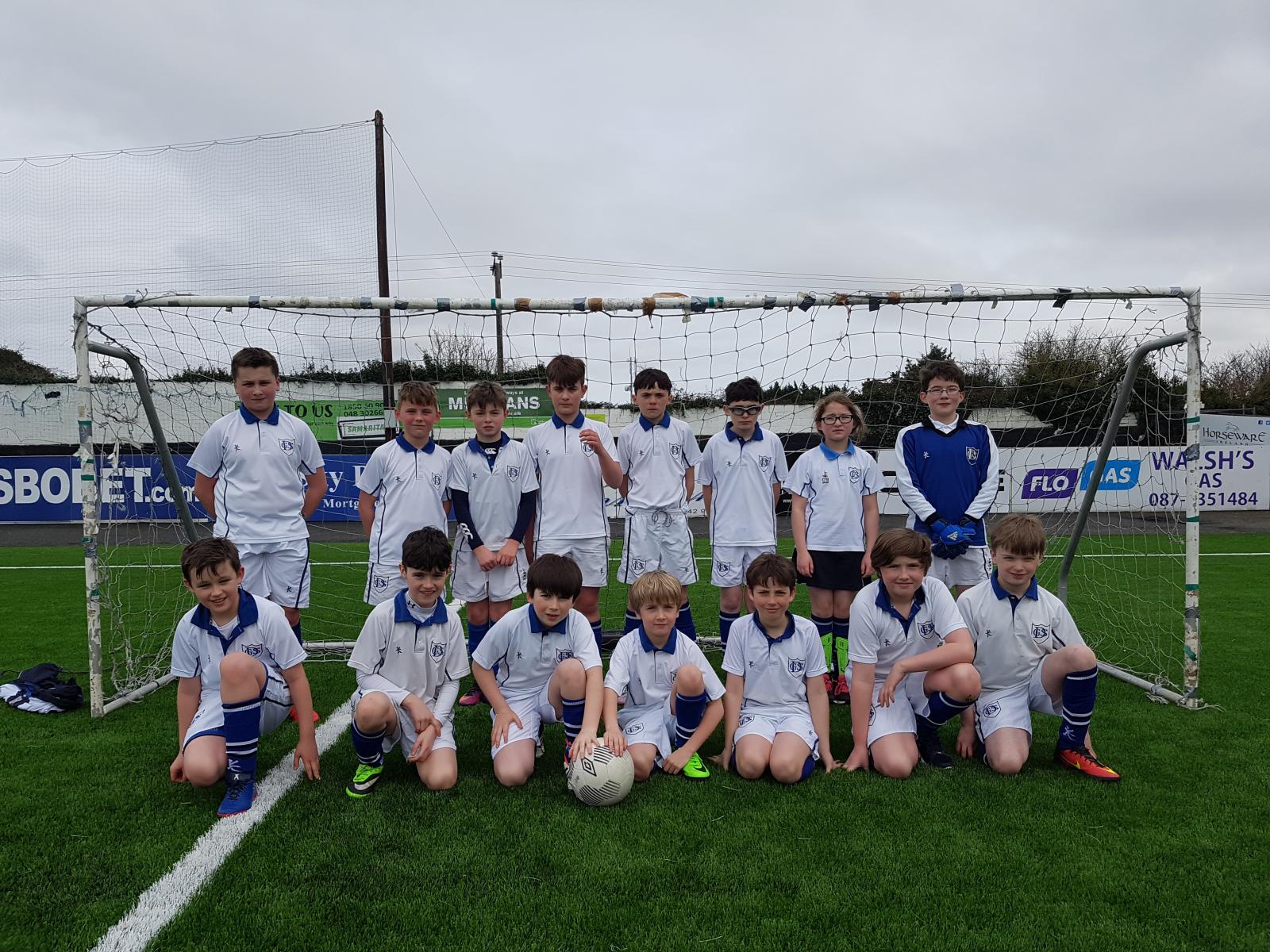 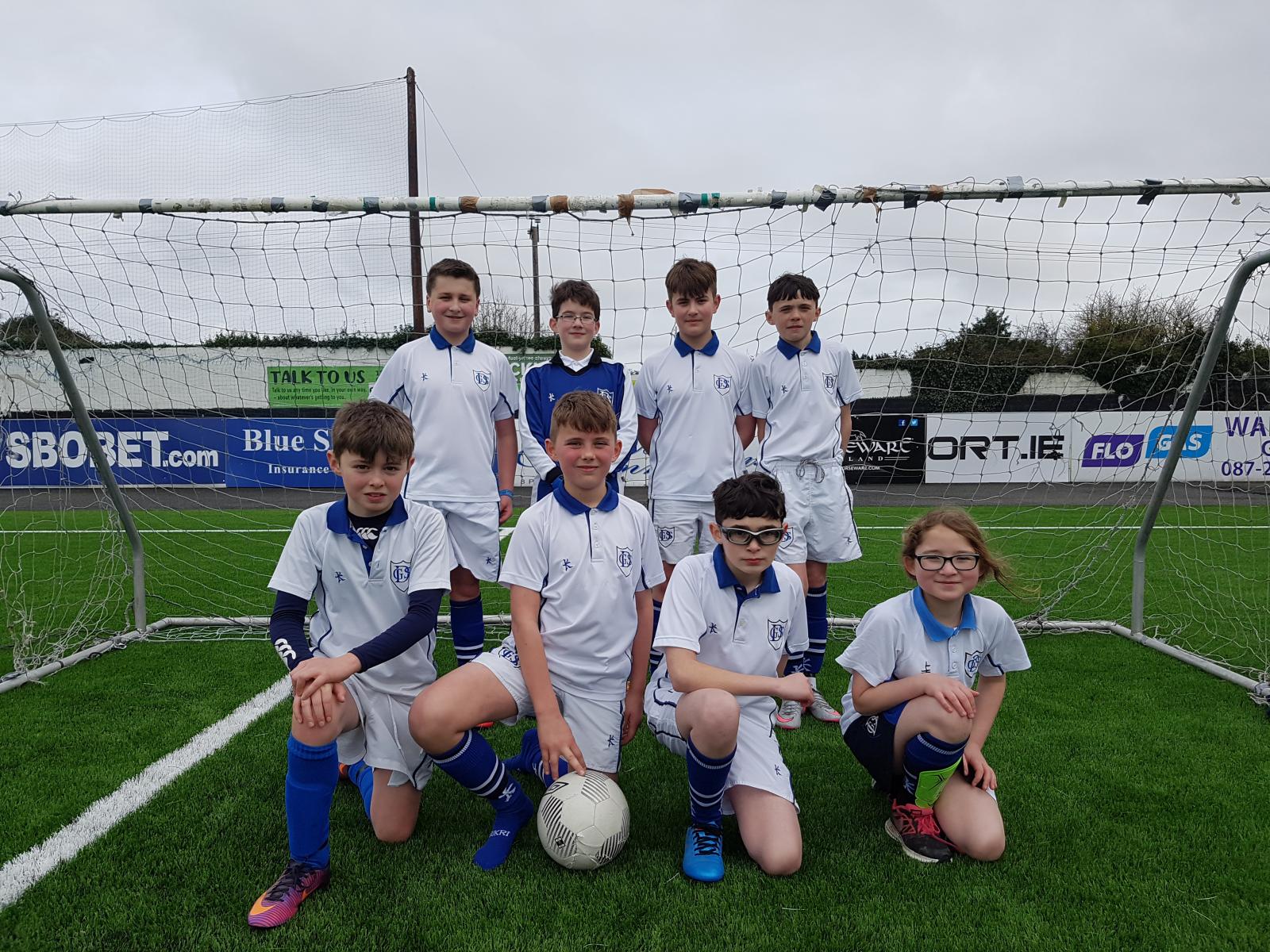