Posted at 19:43h in Hockey, Sports by Paul Murphy 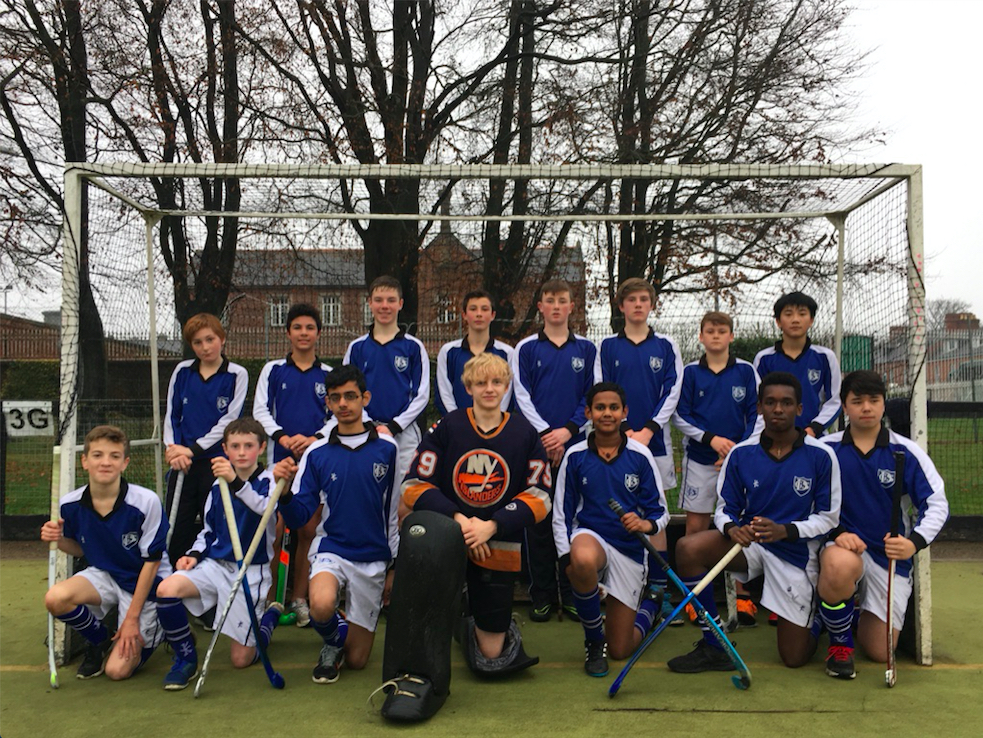 ‘The Minor Boys played Sutton Park School yesterday in the first round of the Leinster Schools’ Minor Hockey Cup. Their opponents play in a higher league, where they’re comfortably placed this season, and went a goal ahead early on. Chiboy Eriobu used his unsettling pace when leveling the score and as the second half passed our players found reserves, defending well and counter-attacking on the breaks. Two halves of extra-time didn’t produce a golden goal although with exhaustion setting in, a score at either end was always on the cards.

Penalty-flicks, also called strokes, followed. These aren’t the same as penalties in soccer, in that the ball can’t be struck, so much as placed. There’s a technique involved, both for strength and to stay within the permitted guidelines. It helps if this has been worked on in training. Their coach, blithely overlooking this in the English soccer tradition, had somehow dodged deciders on flicks over twenty-one seasons. Suffice it to say, our lads were going to be doing this cold.

Sutton Park had the advantage of starting, but Dennis Muskuldi saved the mid-height shot; except he’d come off his line and they scored from the re-take. Kyle Ramsay placed his low and hard, 1-1. Sutton went wide and Woodley Nicholson put us ahead. Sutton leveled before Dylan MacDonagh looked to have restored the lead, only he’d shot before the whistle, and the keeper blocked second time around. Another Sutton wide, then Osgar Sullivan was denied. Still 2-2. Dennis saved their final flick, leaving Finn Nulty with the chance to win the tie. But before he could place the ball on the spot, the umpire called the match over and announced a 3-2 Dundalk win.

Our watching First Years, who had narrowly lost a league match earlier 1-0, ran to join in the celebrations. The coaches had to wait a moment for the players to disentangle, before calling them back and clarifying that 2-2 was still the score. Finn emerged to compose himself before walking to the spot. He hadn’t been one of the original five asked to take flicks. These had been put in order with the most likely scorers up first, in case the tie was settled before they were called. After this had been explained, and the players moved to wait on the twenty-five, Hugo Mulligan pointed out that Finn had been practicing flicks by himself. Asked was he ready for this, Finn agreed, and so was swapped in. He didn’t hesitate at the decisive moment, calmly placing his stroke a little off the ground and to the left, where the keeper least wants it.

Our Minors travel next to St. Columba’s College or Kilkenny College. Who knows how far they’ll take this.’