Posted at 20:15h in General by Paul Murphy 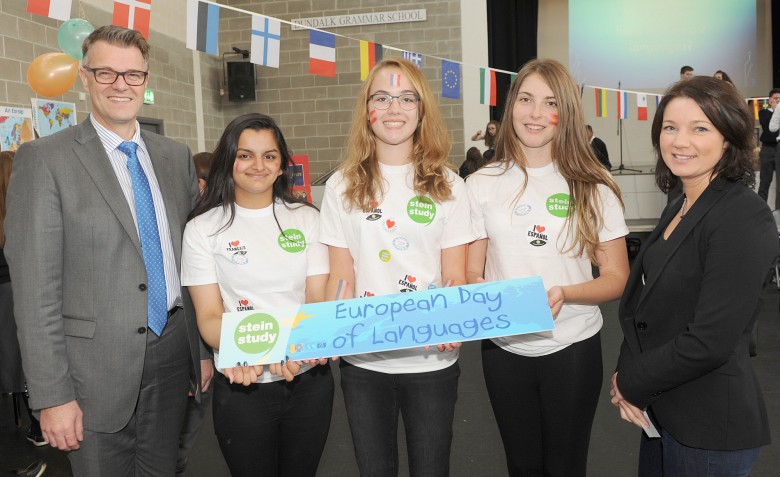 Dundalk Grammar School Transition Year Enterprise group attended 3 days of lectures in DKIT (20th, 21th, 22nd September) during which they learnt about digital media marketing and soft skills. The target was to come up with ideas to promote EDL (European Day of Languages on 26th September). 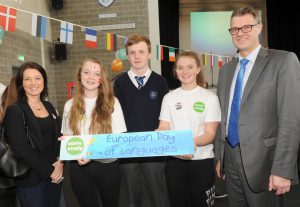 On Monday 26th September the events management and catering teams set up stalls in Finnamore Hall with games and activities to promote the various European languages taught in the school – French, Spanish, German and Irish. Students had the opportunity to sample traditional foods as well as visiting the different stalls which were decorated with flags, balloons, posters and information about their respective cultures and languages. The games included a ring toss, language fruit bowl, a chocolate cutting contest and face painting. The event was also broadcast on LMFM.

A special thanks goes to Conor O’Callaghan, a past pupil of DGS, who helped coordinate the day. Everyone was delighted with how the event went including the teachers and guests from Stein Study which included local businesses, for example PayPal. Students had the opportunity to explore the various career options associated with having a language.