Posted at 16:58h in General by Paul Murphy 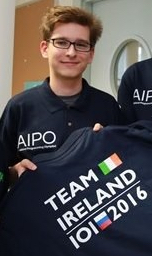 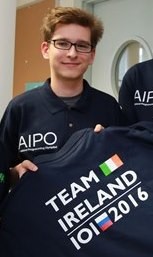 The team to represent Ireland at the 28th International high-school Programming Olympiad in Russia this summer has been chosen following a three-day intensive programming boot-camp at Dublin City University. The top eight programming students in Ireland were invited to attend the final selection session at DCU from Monday, June 27th to Wednesday, June 29th with the final four chosen by a panel of programming experts from the AIPO (All Ireland Programming Olympiad committee).

Once again this year, for a second consecutive year, Teofil Camarasu of Dundalk Grammar School, has selected to represent Ireland in the upcoming event.

Gary Conway, Programme Manager of the AIPO, DCU School of Computing said: “The upcoming Programming Olympics is an exciting and hugely challenging event. Ireland will pit their wits against the best young minds in the world, competing with programming super-powers such as China, the US and of course the host nation Russia. We are sending our top programming students to this competition, after making the selection from a very high quality field. The competition is all about problem solving and computational thinking, all under intense pressure and all vital skills for the world of software programming and the ICT sector.”