16 May Another Trophy Visit!

Posted at 17:50h in General by Paul Murphy 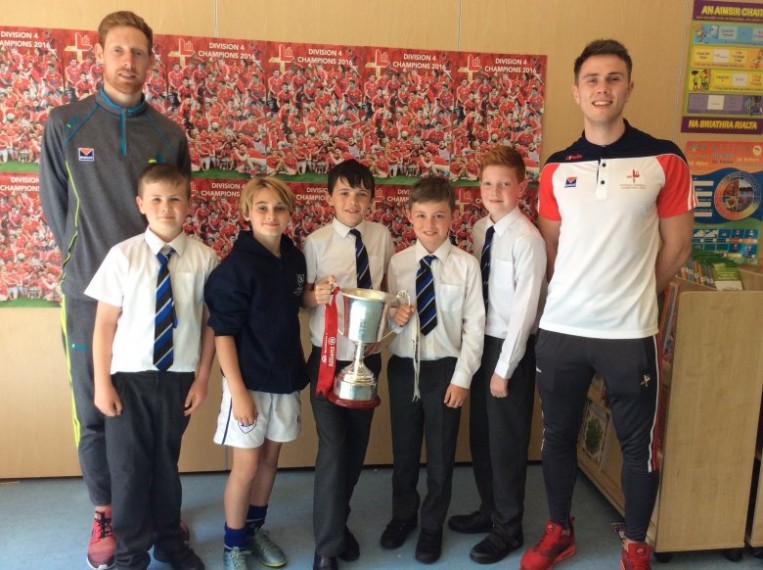 The GAA National Football League Division 4 trophy paid a visit to the Junior School on 16th May 2016. 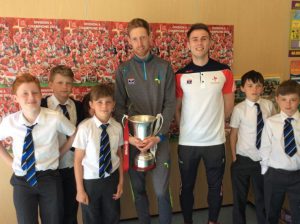 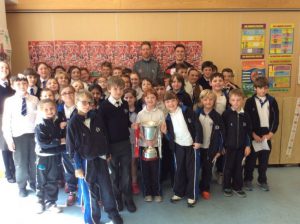 Louth Senior Footballers were crowned champions after a titanic battle against Antrim in Croke Park on Saturday 23rd April.

The cup was accompanied by members of the winning team: mid-field player James Stewart and goalkeeper Craig Lynch.

The players spoke to the children and answered many questions.