Posted at 13:53h in General by Paul Murphy 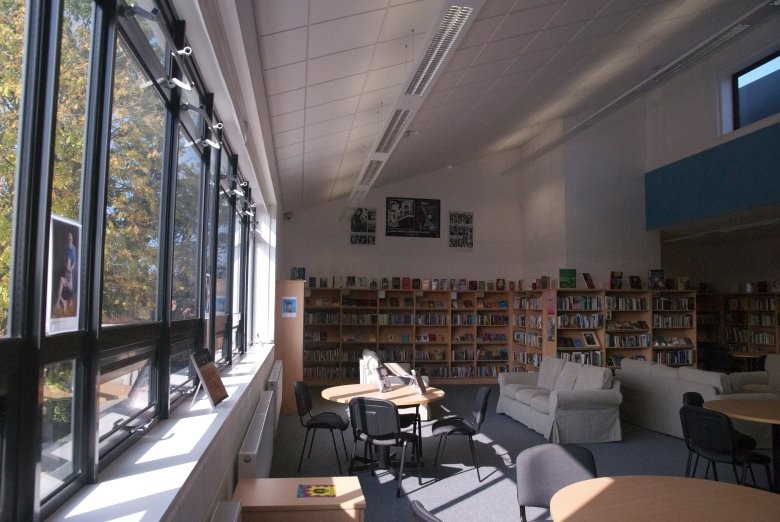 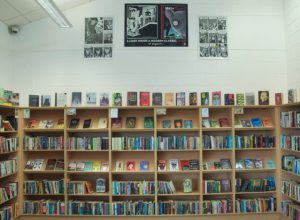 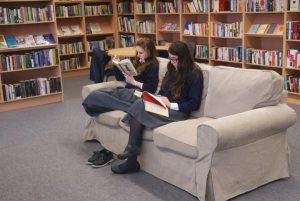 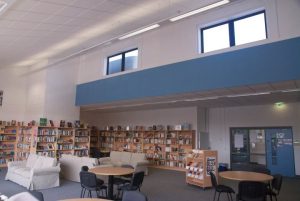 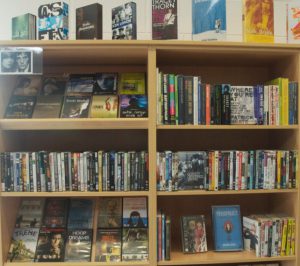 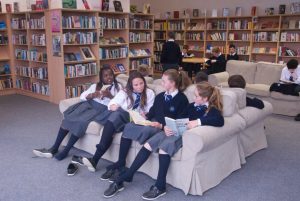 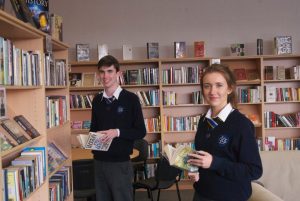 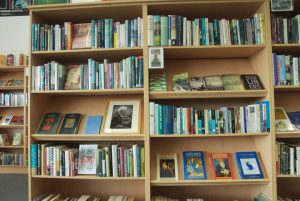 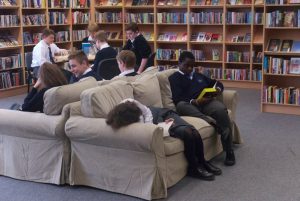 Revitalising a school library in the 21st century begs questions as to what are the aims involved and how progress is assessed. One approach was to see it as part of a multi-media area. Visiting classes could pide research between online work in a computer room and reference to texts in the adjoining library area. The former alone is being attempted at the book-free university library that recently opened in Florida.

For a school library to offer enough texts for students to have a choice of modern comparative sources would require space and a considerable budget. Instead, we include books designed to popularise the sciences and humanities but acknowledge that deeper research can be carried out online. Reading through devices is increasingly common and analysis of the consequences isn’t definitive.

Our focus then is on creating a space in which students can read comfortably, with a choice of books to hand. (In this aspect, the financial support given by the Parent Teacher Association for the purchase of sofas has been crucial.) It could be termed reading for pleasure, except that casts research in a pejorative sense. The aim is for students to develop a life-long habit of reading in the same manner as taking daily exercise.

The books made available have come from an earlier school library, augmented by ongoing visits to charity and second-hand shops and topped up by purchases of new titles. A range of films is available on DVD. Several donations from the wider school community have also enhanced the choice of books. The most popular titles, as shown by the lists of borrowed books, are almost entirely from the Young Adult category (John Green, Malorie Blackman, Melvin Burgess et al). A distinction can be seen here between books picked out by students when brought as a class, and those chosen by students who visit on their own initiative during lunchtime. Sports biographies and novels adapted for the cinema tend to catch the eye of students who don’t habitually read outside of school. These are almost never borrowed though. Students who arrive from primary schools with an established habit of reading at leisure tend to be the ones borrowing books and they choose YA novels. Accordingly, the emphasis has been on building up a range of these titles. Alongside these are healthy collections of Irish, British and American literature and biography. Irish social history is well represented. If interested by Peter Taylor’s documentaries on the Troubles, his trilogy of books is available.

Given that the manner of selecting a book online is often influenced by algorithms, it seems central to a school library that, in contrast, it offers books to students which they would not have met otherwise. We notice what’s popular but when adding titles aren’t driven by responding solely to this. If the adaptation of Atonement leaves a student curious about other novels by Ian McEwan, these are at hand. We have more books than we can display, so alternate stock.

Setting up this library has been a learning experience and a humbling one too, in that many of the reading habits typical to a teenager thirty years ago are less frequently seen now and accordingly expectations are frequently dashed. It’s been a matter of observing and asking questions. The evidence shows that teenagers who are as interested in reading about music or sport as I was won’t necessarily read books on these areas, not when they can get, and expect as the norm, information on their favourite bands or teams online. Plus, through social media they can get closer, even interact with their stars. Teenagers can be knowledgeable about football history, about say, Denis Bergkamp’s goal against Newcastle in 1997, but would rather watch a clip of him commenting on the goal than read the thoughtful and detailed account he gives in his autobiography, sadly not yet borrowed. Douglas Coupland summarized this:

‘Yet the residual need for one’s life to be a story persists from the print era, especially in people born before 1970. Print-era holdouts see the non-linear children of the web as shallow and emotionally impoverished. Young people “born digital”, with no vested emotional engagement with books, view print holdouts as souls adrift in a useless sea of nostalgia.’

Still, the twenty-three novels borrowed in the past fortnight testify to an ongoing interest in reading books. The library is open every lunchtime, plus after school for Boarders. A student can spend their forty minutes organizing textbooks for afternoon classes, eating their lunch, getting some fresh air and stopping by the library to return and/or chose a title within a few minutes. Among the authors who look out from postcards decorating the shelves are Zadie Smith and Alan Bennett. Both have written of the role libraries played in their formative years, forty years apart.

Each article is an argument for making libraries available to teenagers, with life-long benefits. Our library’s stock is still being catalogued yet the initial titles can be seen here:

The work involved in covering books, creating sections and making available titles held in storage will continue through this year. It’s a slow, deliberate chore, not yet completed but needing to be done carefully in order to ensure years of systematic usage ahead. In addition, the library as an open space has hosted formal presentations of student activities.Most days in the library are unremarkable but on the Thursday before Easter the pergent series of novels arrived, which was good news for one regular borrower who was able to take all three for the holidays. A generous donation was left in of late-20th century Irish literary fiction (Banville, Trevor, Barry et al), more than twenty books in hardback. On the same day, a student chose the DVD of Tarkovsky’s The Mirror, which was encouraging. We’re fortunate to have a library here, and developing it further is going to be interesting.