Posted at 13:53h in Hockey, Sports by Paul Murphy 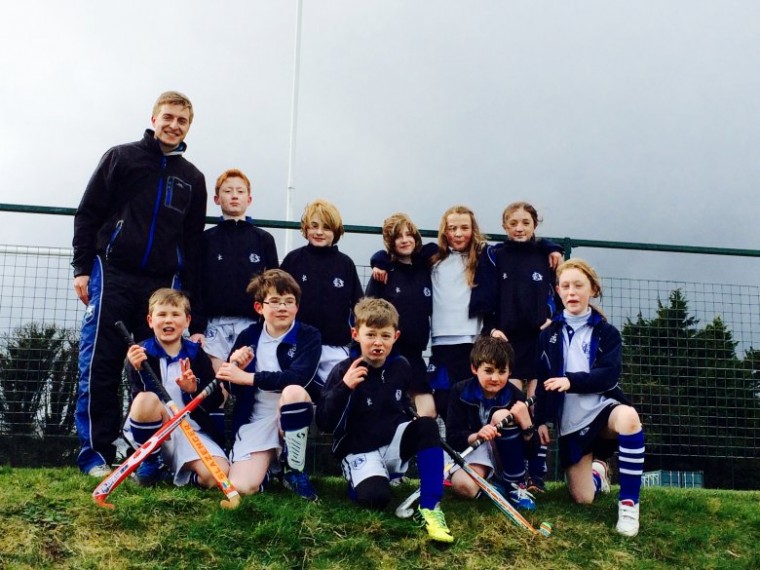 On Monday 2nd March 2015 Dundalk Grammar Junior School took part in an under 10’s mixed hockey school tournament co-ordinated by the Association of Independent Junior Schools.  Five primary schools entered the 8 a-side competition (7 outfield players and a goalkeeper) with Dundalk Grammar School being the only school from outside the Dublin area.  The other schools included Mount Anville, Alexandra College, St Kilian’s, Castlepark and the hosts St Andrew’s College. Castlepark and St Andrew’s both entered two teams.

The schools were divided into two groups with the winners of group 1 to play the winners of group 2 in the final.  DGS Junior School was drawn in a challenging group with Mount Anville, Castlepark1 and St Andrew’s College1.  Dundalk Grammar School’s first match was against St. Andrew College1 and it turned out to be an exciting game with end to end action.  Both teams had chances to win the game but it ended 0-0 which was probably a fair result.

The second match was against Mount Anville and Dundalk dominated the majority of the game keeping Mount Anville pinned in their own half.   DGS Junior School played like a team, linking up very well with each other and this created and resulted in two goals being scored by Natacha Swan and Danny Tooher.  The game finished a well deserved 2-0 to DGS Junior School.

The third and final match of the group was against Castlepark1, a very important match as the winners would progress into the final.  It was thrilling game that was very tight and could have resulted in either team winning the match.  Unfortunately for DGS Junior School, Castlepark1 took their chances in the dying minutes of the match to secure their place in the final with a 2-0 victory.

Dundalk Grammar Junior School gave a fantastic team performance throughout the tournament.  All agreed that it had been a great experience and one from which they have learned a lot to build on for next year’s tournament.