Posted at 11:40h in Hockey, Sports by Paul Murphy 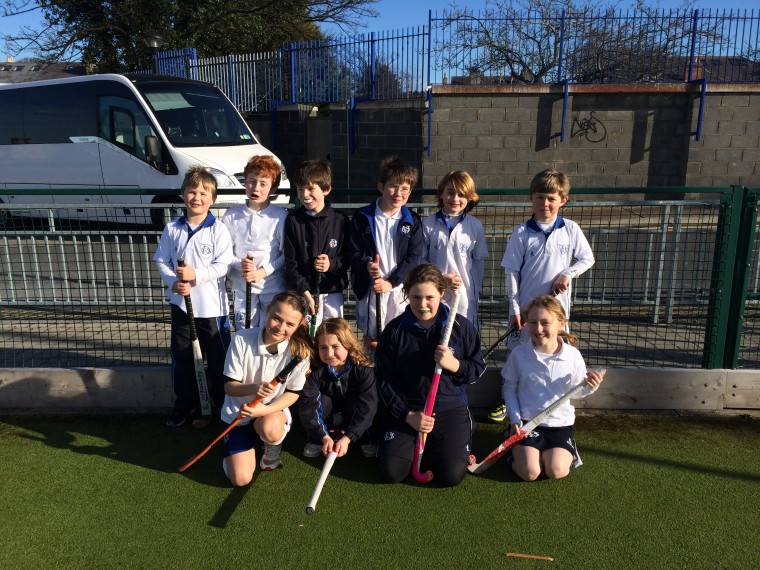 Dundalk Grammar mixed under 10 hockey team travelled to St Andrews College Dublin on Monday 3rd March to compete in their annual 8 aside hockey tournament. The team played 6 matches in total all against strong Dublin teams.

Dundalk Grammar beat Rathdown Junior school by one goal to nil with a fine goal from Natacha Swan. The team then had three draws with Castleknock and St Andrews A team and Rathdown A team. These results meant that the DGS team had made into a play off game against St Andrews B team. Dundalk played very well and created many opportunities to score but just could not find the finishing touch, until the last minute of the game when Alex Oftinger found himself in space in the circle and hit the ball home to give the Dundalk team the lead.

Dundalk played their final game against St Andrews A and were very unfortunate to lose by one goal to nil. This left the DGS team in 4th place overall. It was a great day all round, with some great hockey being played and the sun shining. Well done to all players involved!