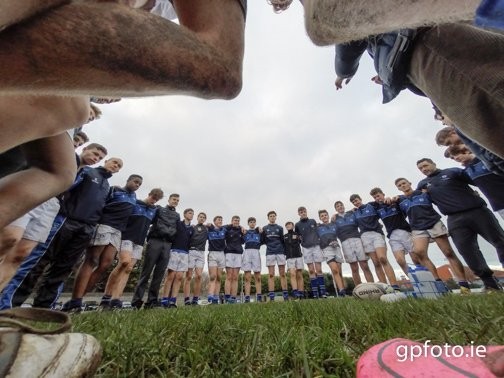 Following last week’s victory over Scoil Chonglais, the Dundalk Grammar School junior rugby team travelled to play Templeogue in a bid for a semi-final place in the competition. Templeogue recorded a 10 – 5 victory over their opponents St. Andrew’s in their first round fixture. 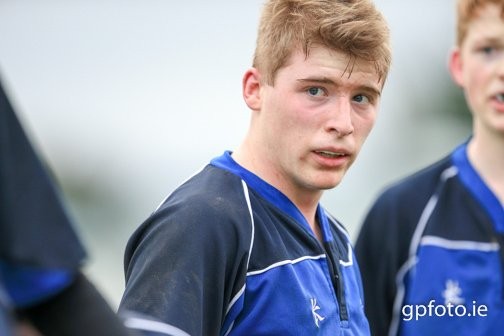 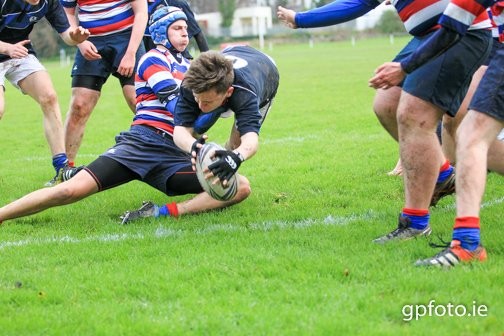 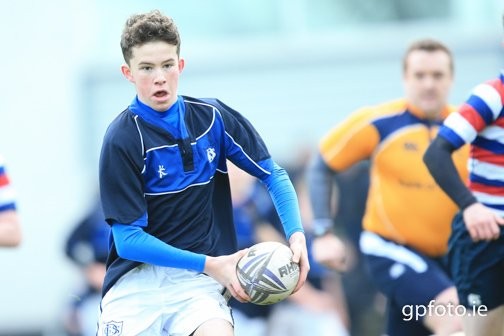 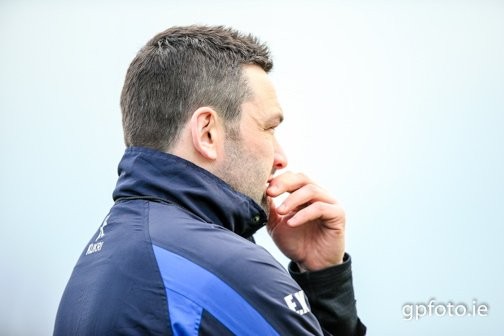 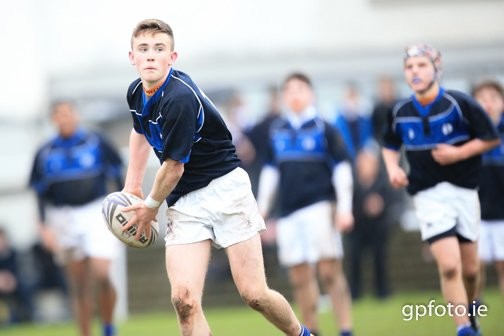 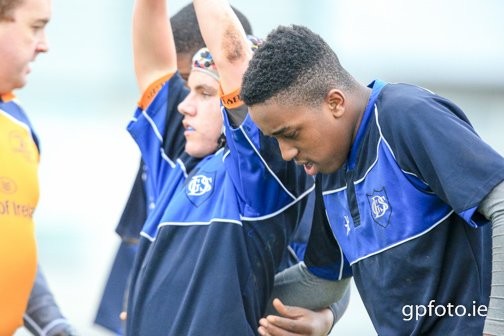 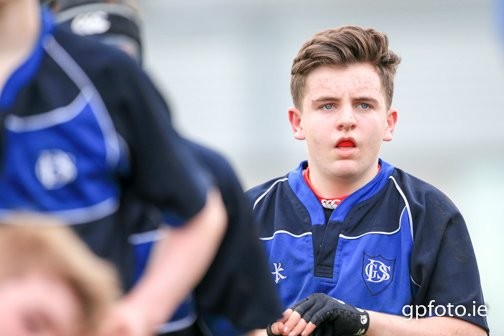 Grammar started very well and soon found their rhythm with good interplay between forwards and backs. Zac Coan, Andrew Cox and T.A. Irwin’s surges made life difficult for their opponents. An off-side infringement in the first five minutes by Templeogue gave Flyn Kiernan an early opportunity to put three points on the board from the penalty, which he duly slotted over.

Templeogue countered from the re-start, their forwards penetrating the grammar defensive line which held tight under the stewardship of Jack Connolly and Max McGloin. A turnover ball by Andrew Cox put Templeogue on the back foot and quick hands through the backs allowed David Murdock to accelerate and run in a try in the ninth minute. Flyn Kiernan added the conversion.

The grammar’s work rate was phenomenal, from numerous defensive positions they somehow managed to win back the ball and counter at every opportunity, Templeogue simply struggled throughout the first half to find gaps in the grammar line. Several phases of great forward play by the pack saw DGS edge closer to their opponents try line. Quick ball in the final phase from the base of the ruck to Luke McSherry allowed him to dip the shoulder and charge over the line in the seventeenth minute for a try. Exchanges in possession were even in the closing stages of the half, but grammar’s defence remained solid and their opponents failed to get any points as the whistle sounded. Half-time score DGS 15 – 0 Templeogue CS.

The re-start saw Templeogue attack instantly, Jake Moran, Tobi Akinseloyian and Daniel Molloy did very well to stop their opponents maul. A missed tackle and a burst down the touch-line allowed the Templeogue winger to touch down in the corner for his school’s opening score. Un-phased, DGS took the game back into their opponents half, a good pass by Gerald Boylan to his back-line set up David Murdock who weaved his way through two defenders before touching down for his second try in the thirty-ninth minute.

Templeogue replied, a break by their number 8 and good support play by their flanker allowed them to record their second try. DGS 20 – 10 Templeogue with twelve minutes to play. Grammar began to tire a little as some handling errors crept in, however scrummaging against the head, DGS managed to win possession forcing their opponents back inside the twenty-two. Excellent ball carrying by Andrew Cox, David Nwambu and Jake Moran set up a great attacking platform which allowed their backs to put ball through the hands, enabling David Murdock to get on the end of fine pass and run the ball in under the posts for his third try in the fifty-second minute. A straight-forward conversion by Flyn Kiernan gave Grammar a 17 point cushion in the final minutes.

Templeogue never really threatened after this, grammar held solid and played the clock down until the final whistle. Final score DGS 27 – 10 Templeogue CS. A fantastic team performance where commitment, work-rate and pride in the school jersey shown through. The junior team have now recorded an unbeaten run of ten matches since the start of the season. Their opponents in the semi-final of the Fr. Godfrey Cup are Kings Hospital. This tie has been fixed for Monday 25th January at Templeville Road (St. Mary’s College RFC) with a 2.00 p.m. kick-off.

Finally many thanks to everyone who travelled to support the team.

Thank you to Gerry O’Sullivan at GPFOTO.ie for supplying the photographs on this webpage.  A full gallery of match photographs is available at: http://www.gpfoto.ie/p247227555