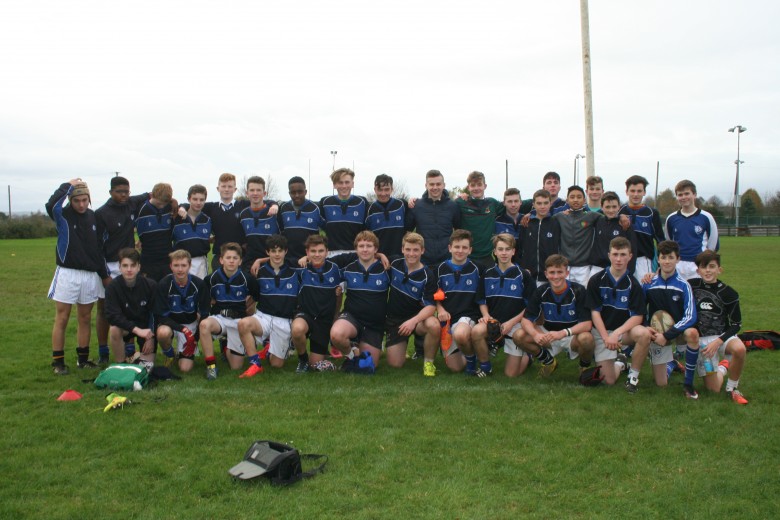 The DGS Junior Development squad continued their excellent season with another victory, this time against one of their potential finalists in the Junior Development Cup.  The match started very well with the school side quickly finding their rhythm. Early pressure in the opening minutes by forwards Andrew Cox, Daniel Molloy and Luke Murphy provided their back line with several attacking opportunities. Max McGloin, Jack Connolly and David Murdock really tested their opposite numbers.  Winger Thomas Clarke put in a great kick and chase which sent Ard Scoil back inside their twenty-two. Andrew Cox reacted quickly at the break down to turn-over the ball only for winger Clarke to be put into touch in what looked like a certain try.The DGS pack including Tobi Akinseloyian, David Nwambu and Jake Moran worked very well at scrum time to prevent Ard Scoil from making significant ground. Gerald Boylan linked very well with his backs and with 16 minutes gone a clean pass from Max McGloin put David Murdock through to touch down for Grammar’s first score.  The remainder of the half was played out with a number of other scoring chances, Dillon Dunne being forced into touch on Ard Scoil’s five metre line, Flyn Kieran held up on the line by a desperate defence from the opponents.

With the second half just underway, Daniel Molloy’s powerful run, breaking several tackles, was rewarded with a try. Thomas Clarke worked brilliantly on the wing, his beautifully weighted kick just outside his own twenty two pushed Ard Scoil back inside their own ten metre line.  Relentless attacking play led by Jonathan Johnston, Peter Kerley and Harry O’Neill  created space for David Murdock, whose blistering pace proved too much for his opposite number and a third try giving DGS a 15 point margin.

Ard Scoil replied within minutes, a driving maul saw them secure a try, reducing the lead to 10 points. Dillon Dunne, Zac Coan and Max McGloin again combined well in a late attack getting a quick off-load to Flyn Kieran who powered through several defenders before touching down for the Grammar’s final try. Daniel Molloy followed up the conversion to finish the game DGS 22 – 5 Ard Scoil.

DGS now face the victors of the Ashbourne v East Glendalough clash in the Third Round. With House Exams and the TY Work Experience Week soon commencing this fixture is likely to be played on Monday 30th November. Congratulations to all squad members on another great performance.