Posted at 17:20h in Arts, Debating by Paul Murphy 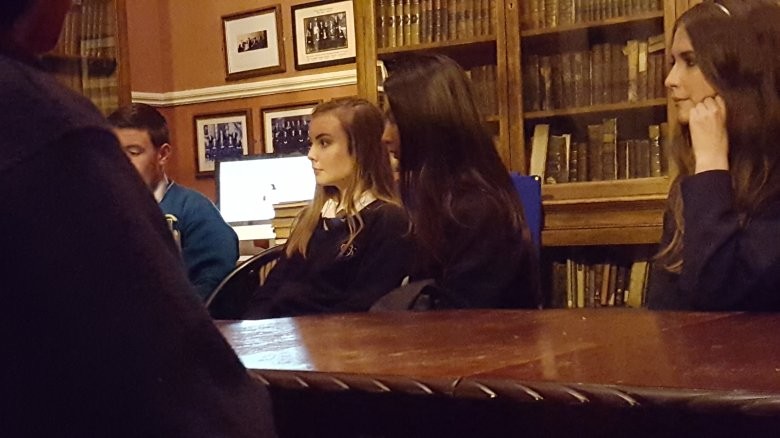 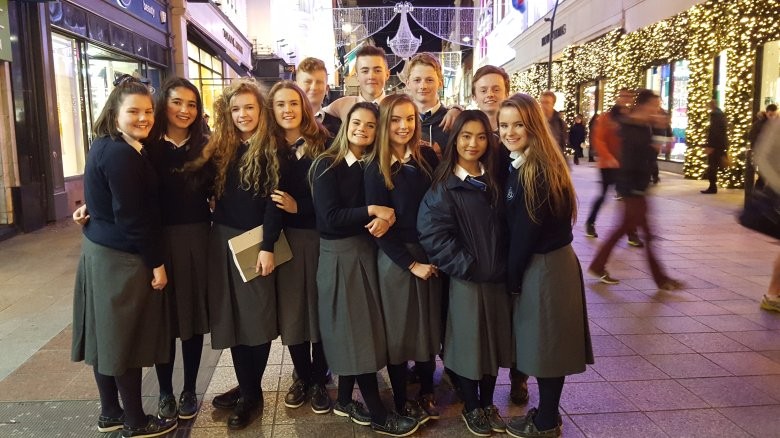 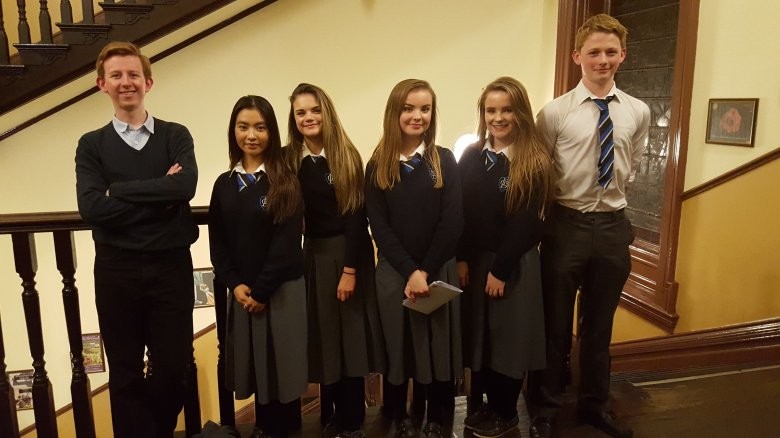 Tuesday, 10th November 2015, saw six of our Dundalk Grammar School senior debaters making the journey to Trinity College Dublin for the next round of the Leinster Schools’ debating competition.

The group departed DGS directly after school, supported by a number of other debating club members. A happy coincidence saw the outing coinciding with Mr Brady’s Fifth Year Dáil visit, and the shared bus made for a fun time.

All six students spoke on the motion “This House Would Ban Animal Testing”, in three separate debating chambers and, much to their credit, five of the group won through to the next round outright, with our sixth speaker being highly commended and still having a chance with the competition’s wildcard system.

With stiff competition on the night, it’s a great achievement for so many of our students to impress adjudicators in their respective debates. The five speakers progressing directly are Daniel Molloy, Olivia Winters, Lucy Kenneally, Charlotte Johnston and Aoife Kierans.

These students join Abigail Boylan and Akshara O’Sullivan in the next round which is scheduled for early in the new year. Chloe McCann was our sixth speaker and, although unlucky not to progress directly, with a little luck her interests at the ‘business end’ of the tournament may still be alive.

DGS now has seven (possibly eight) representatives still involved in the latter stages of this highly competitive tournament. It’s an unprecedented number in recent times, and is reflective of the interest students have shown in debating this year so far.

The school’s participation in the Concern debating competition come to the fore on Thursday, November 19th, with our first debate in the league stages of the tournament.

Our debating club meets on Thursdays between 4 and 5 pm in H29 and is, as always, very happy to welcome new recruits from any year group.

Very well done to all concerned (and to their teacher Mr Jonathan Farrar).