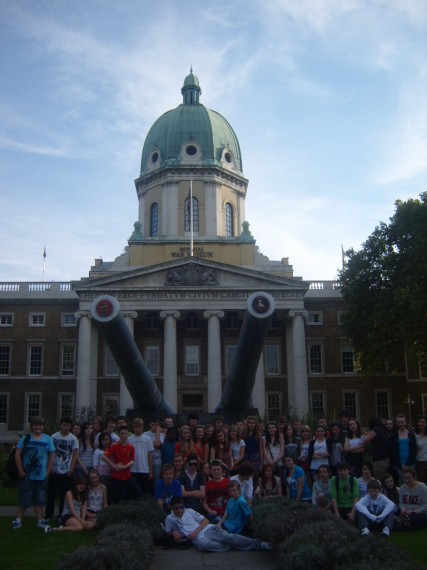 Second Year students headed off on a three day trip to London at the beginning of October.  After an early morning flight, pupils began their trip with a sightseeing tour of London.  In the evening the delights of the West End were sampled when students went to see ‘ The Lion King’ at the Lyceum Theatre’ on the Strand.

On the second day, students were given an insight into the times of Shakespeare when they received a guided tour of the Globe Theatre. Later on, a little further down the Thames, the famous warship HMS Belfast was explored.  It was some what of an eye-opener for pupils to be on the decks of a such an impressive military vessel.

In the afternoon, further historical sights were explored when students went to visit the National War Museum in Southwark.  On the final day of the trip, the Natural History Museum and the Science Museum in Kensington received a visit from DGS’ Second Years.  Finally some retail therapy at Westfield Shopping Centre in Shepherd’s Bush rounded off what was a wonderfully memorable trip for all involved.