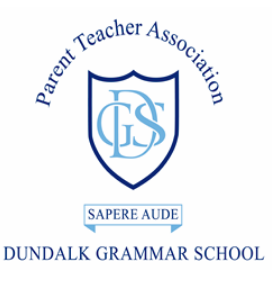 Due to Covid restrictions the 2020 AGM was held online via Zoom with a total of 43 members in attendance.

Mr Graham welcomed the parents, particularly first year parents.  Sharing his screen, he gave an overview of the last year.  There were 91 Leaving Certificate students, 14 of whom achieved over 500 points. This is a percentage of 15%. The average is 13%. Three students were awarded academic scholarships.

The guest at Prize Day last year was a past pupil, Dr. Hazel Wallace.

Mr. Norton launched a new section of the website dedicated to Career Guidance. He also promoted College Awareness week in the school.  The staff put information on their doors about their own qualifications and spoke about their college journeys.

The drama production was Ghost, which was a higher success.

DGS maths academy continued this year.  This is a lecture style forum for 5th and 6th years.  Coincidentally the school had just heard from recent maths inspectors who were very complimentary.

The school is also running Gaelige 24 which continued virtually during lockdown.

The school is involved with Rotary in a youth leadership programme.

In music, students have had great Feis success.

TY students took part in Junk Kouture, which was virtual this year.  They also got involved in the Youth Enterprise Trade Fair and Grow Your Own.

At the BT Young Scientist Competition, Solomon Doyle presented his project on the design of echo location glasses for the visually impaired which he is continuing to develop.

There is a recently completed video on the website giving a virtual tour of the school.

The school took part in Health and Well-being week and holds an Amber flag for mental health.

Students won prizes in a number of debating competitions.

In sport there was a shortened season of course and the football competition did not finish.  The badminton u16 team got to the Louth final before the competition was called off.

The school has been visited by a Korean Olympic Tae Kwon Do champion and he has done some teaching in the school.

Before COVID there were trips to Donegal, Skypark and London.

COVID has presented lots of challenges.  In particular the school is aware of technical challenges for some students working off phones or using poor broadband.

The whole Leaving Certificate situation was a big challenge for students and staff. The vast majority of our students were offered one of their top three third level choices.

The cancellation of the Junior Cert was tough on students. Lots of them had put in a huge effort and the school is very conscious of it.

Mr. Graham acknowledged the time and discussions contributed by the PTA, particularly in relation to things like new policies.

He also thanked the Board of Governors for their support of the school and the many ways in which they continue to drive the school forward.

Lorna Kane noted that there were 43 attendees at this Zoom meeting and thanked them for being here.  She said she was aware that most people think a PTA is just a fund raising Committee but she wanted to make parents aware of our broader role, we are a link with school management.

She made the point that statistically, children whose parents are involved in PTA’s tend to do better in school.

She told meeting that her role is to represent the views of parents, to foster communications between parents, teachers and school management, to provide some financial support, to link in with the National Parents Council and to support student initiatives.

We were very active in the school prior to lockdown and are open to involvement at any level from parents.

Catherine MacGinley confirmed that the Committee generally meets once a month throughout the year.  Ordinarily we undertake various projects. The most recent part of this year has however involved more in the way of discussion and support for all the changes required to adjust to COVID.

Normally we do try to do some fundraising. We produced our school cookbook last year and sold it at the Open Day and Trade Fair. We also held a very successful Table Quiz in November 2019.

Projects in hand when lockdown came included liaising withheld TY Grow Your Own project and sponsorship of the student talent show.

It is not all about fundraising though. We spent €250.00 on a Gaeltacht scholarship. We also pay some insurances and sponsor some student prizes.

There being no other business, the meeting concluded.