Congratulations are due to the five junior members of our Debating Club who have qualified for the Leinster Final of the Matheson Junior Debating National Mace! Vishva, Ayesha, Síofra, George and Imogen have really impressed in the qualifying rounds since September, and have now finished the stage with enough points to take themselves to the final.

The five speakers have been active members of our club since first year, and this achievement comes on the back of much dedication to their craft, with numerous Saturdays spent in far-flung classrooms, musing on various geopolitical and ethical issues through a haze of pizza smoke.

All five are extremely competent and ambitious, and will be looking to impress further at the final, which takes place in Castleknock on March 10th. Having five students make it to the final is a great achievement and the school is very proud of their endeavours. Hot on their heels are the numerous other junior speakers who have also participated in this competition, and indeed the many first year students in particular who have been honing their skills at our Thursday meet-ups.

Not to be outdone by junior successes, our senior debaters have had a great run in the Leinster Schools’ competition thus far with two speakers winning their quarter final on Tuesday evening last in Trinity. Aoife and Sarah impressed the adjudicators with stellar performances, opposing the motion, “This House Believes that it is legitimate for developing nations to prioritise economic growth over preventing degradation.” The two girls now go on to debate in the semi final next week, as first proposition team on the motion, “This house, as Iran, would cease all support for military groups in the Middle East (e.g. Hezbollah, Hamas, Houthis, etc.)“ and we wish them continued success.

Three other senior debaters made it as far as the quarter finals last Tuesday; Tom, Emily and Ben all excelled to make it this far in the competition and were unlucky not to progress on the night, but such is the nature of cup competitions. 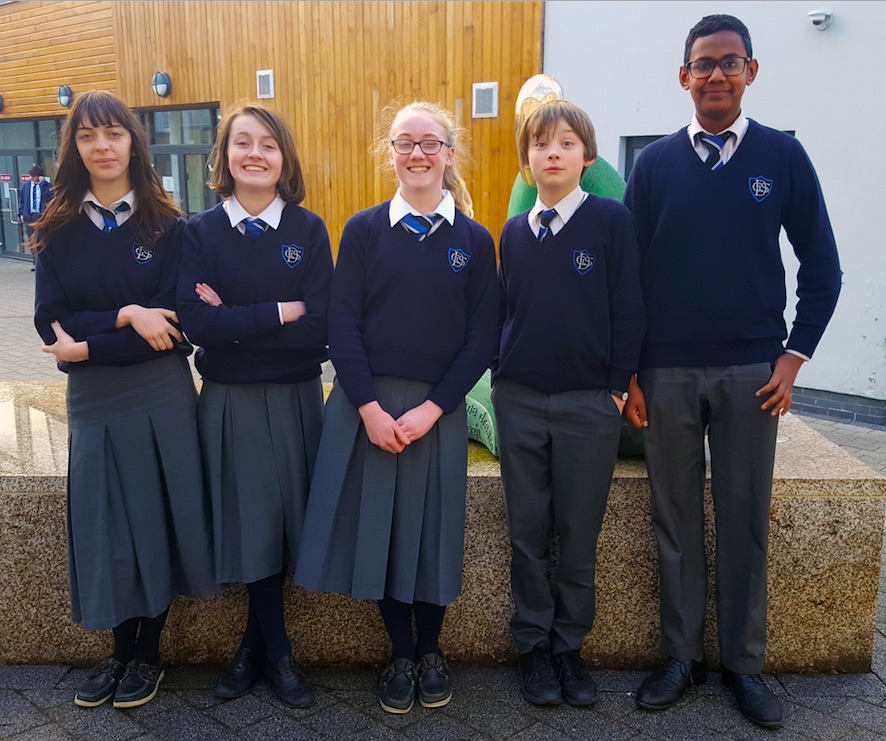 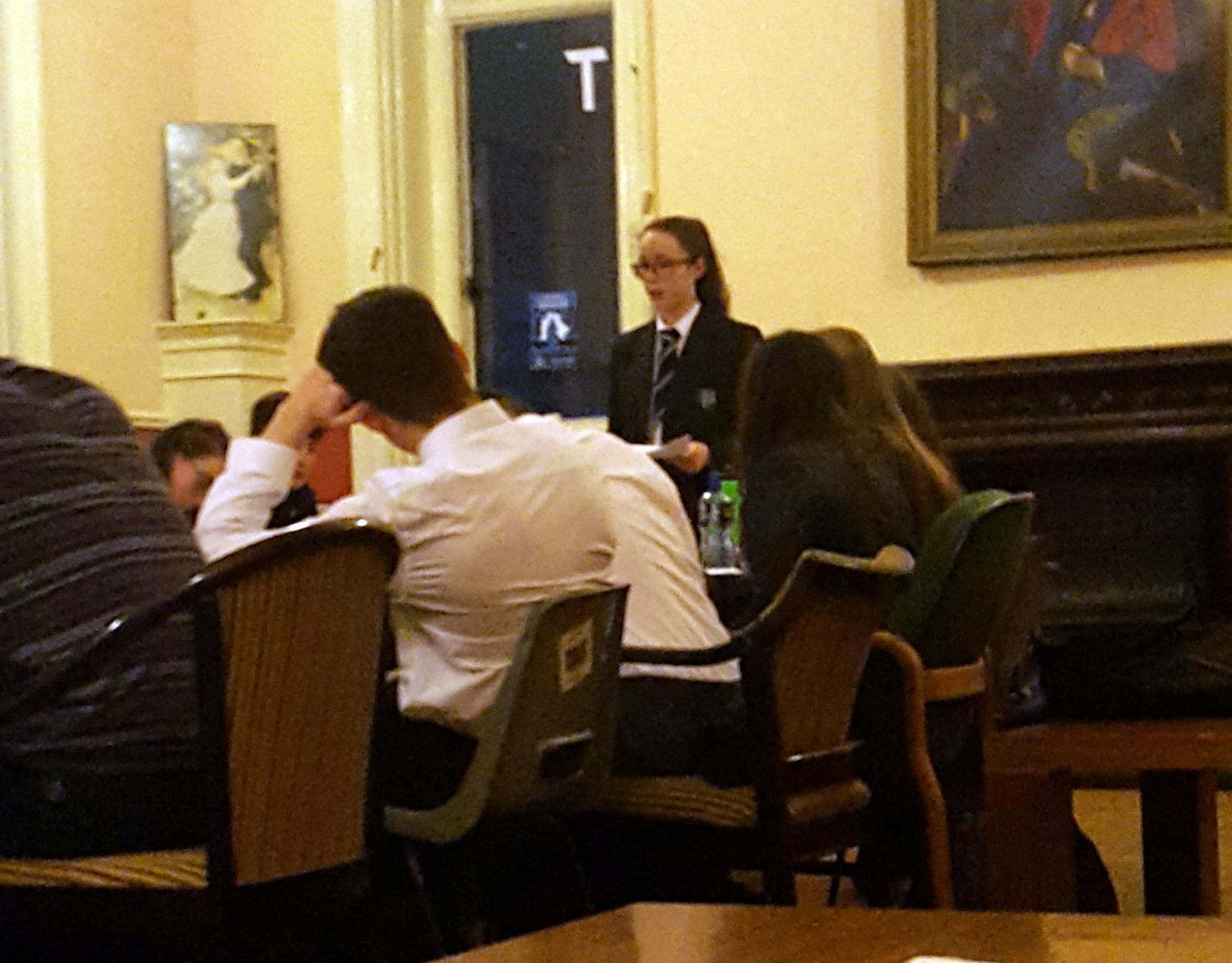 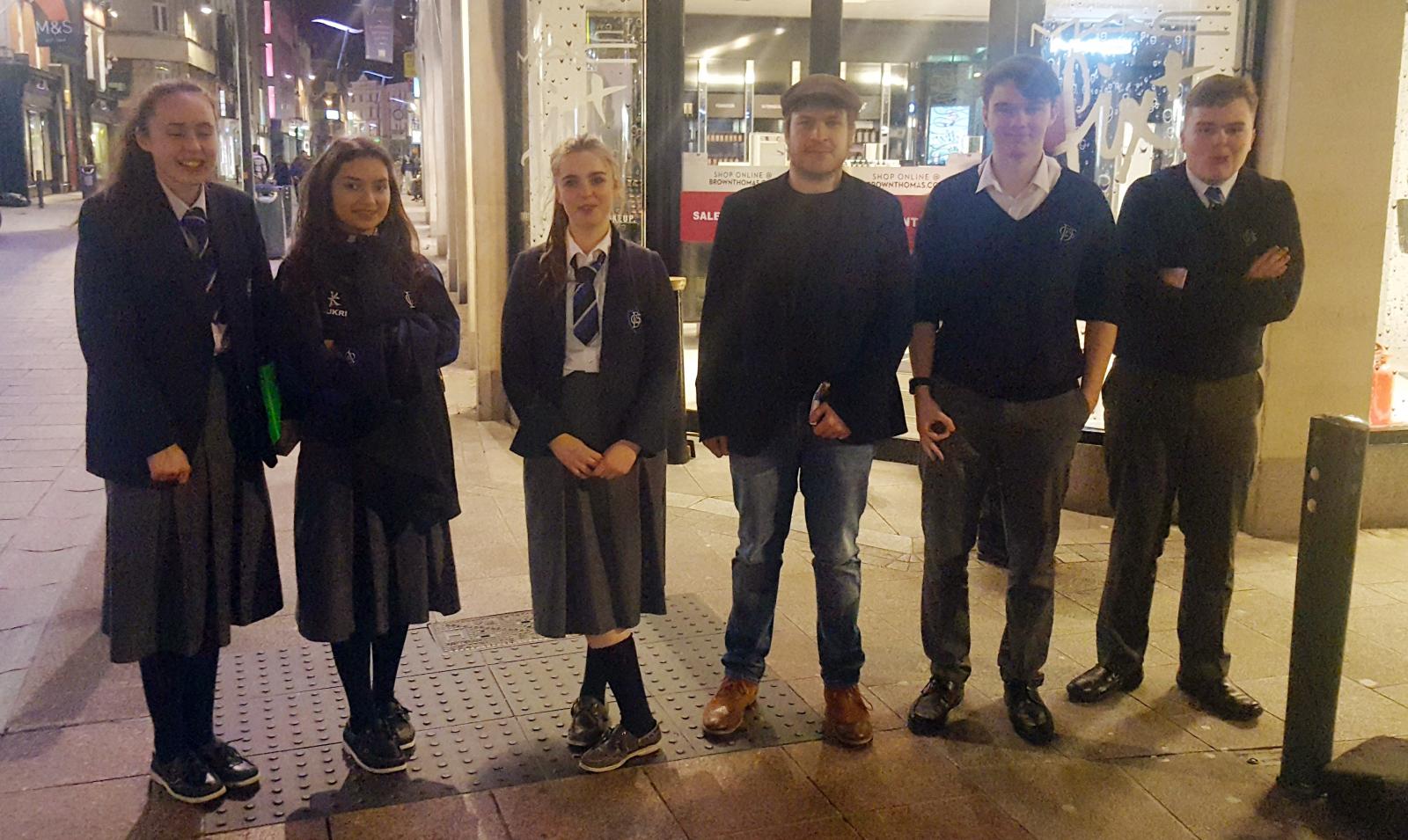