Posted at 08:30h in General by Paul Murphy 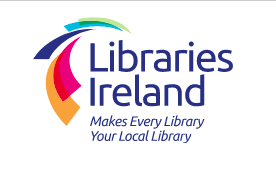 “Of all the places in the world, I never thought I would be here,” murmured Freya quietly, as she gazed through the glass and out into the hangar, filled with rows of straight-backed soldiers in Heaven’s military. They were adorned in white battle armour over golden fabric that was designed to be super lightweight and breathable, whilst also being heat resistant and waterproof. They held plasma rifles in both hands and, with the swords on their backs if things got too close with the demons of hell, they were a formidable force.

Freya fingered her own armour nervously – white, like the soldiers, but with streaks of blue running from either side of her neck and down to her wrists. It marked her as part of the winged division, the Valkyries, a women-only division in the military, with the ability to summon wings. Freya held her helmet under her arm, the holographic visor retracted, revealing the stickers that Freya’s younger sister, Denise, had plastered there. She was killed by a demonic raid before the age of four. Freya still remembered her gorgeous blue eyes and her flowing ginger hair, a rarity among the Heaven society. Freya felt herself tearing up, water welling behind her eyes.

“Hey, you ok?” asked Tara from beside her, another new recruit that Freya had immediately bonded with in training.

“Fine,” murmured Freya, wiping away the tears on the back of her gauntlet. “I’m fine. Just thinking about what we’re going to be flying into.” Tara looked unconvinced but didn’t pry any further. Freya turned away from the glass viewing deck and instead turned to the other dozen or so Valkyries in the room, all with their wings infused, so as not to bump into one another. Valkyrie wings are quite massive. The door near the back slid open with a soft ding and the Commander walked in, a tall raven like women with sharp features, jet black hair and cold eyes. She was well muscled and lean, carrying herself with such authority that the nearest Valkyrie shied away from her. She wore no helmet, revealing the scar that ran from her ear down to her chin.

“Right, listen up ladies,” she called in a sharp voice that rang out, cracking like a whip, and strode to the centre of the room, hastily surrounded by the Valkyries. “When the alarm sounds, we’re going to be launching out of here. The Dark Lord himself has ripped a demonic rift open, one so large all of Hell’s armies will rush through. As we speak, those demons are racing across the Badlands, soon they will reach us and-”

She was interrupted by the alarm that sounded, wailing, and casting the hangar in a dim red light. The massive cargo doors began sliding apart and all the soldiers began marching out into the glow of the cosmos sky, an array of blues and greens. The glass viewing deck slid away and the Valkyries jumped, summoning their wings, and flying out. 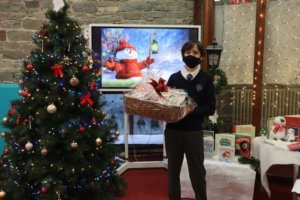