Posted at 15:43h in General by Paul Murphy 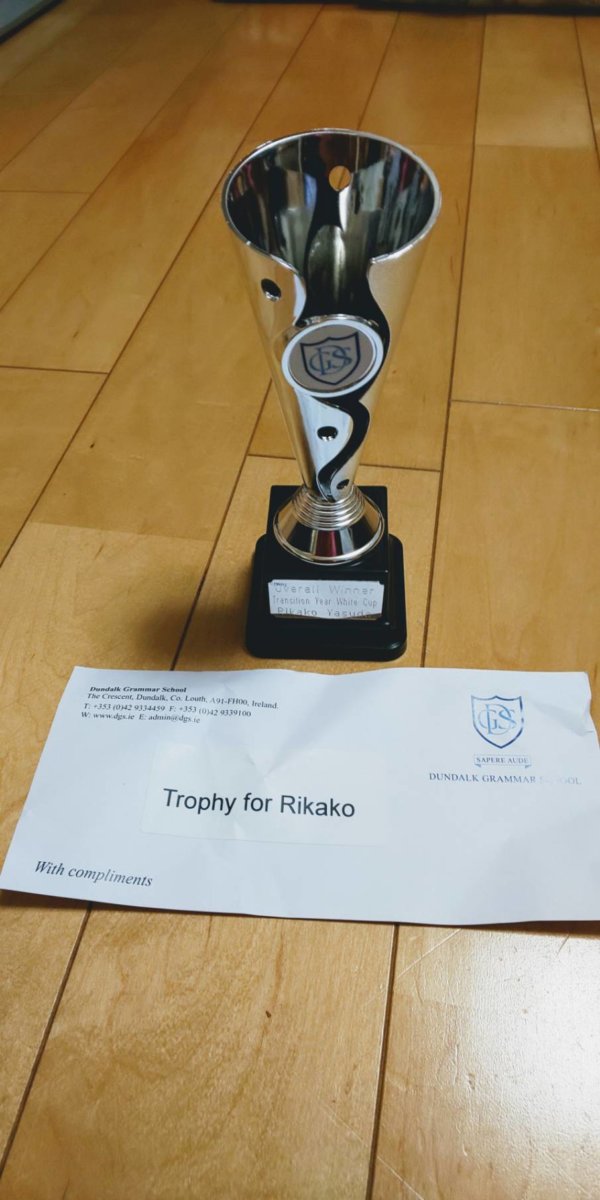 Rikako Yasuda is now back at school in Tokyo in Japan. Up to last March 2020, she was a transition year student attending Dundalk Grammar School, as part of the Japanese International Student Placement Programme. She joined the school in August 2019, boarding in the school Sundays to Fridays, and staying with a host family in the area at weekends and holidays. As well as the cultural exchange, another aim of the programme is to improve proficiency in the English language. For Rikako this was no problem, as her English was already very good from before she arrived.
If ever a visiting student got more involved and engaged in the life of the school, she was that student. She adored her time in the school, and loved her stay in Dundalk. She claimed “I love my country, but now I have become Irish and I want to stay in this country. I love Dundalk. I love Ireland”. She engaged in all aspects of school life, and academically was a top student. She learned fast. She had a particular interest in all matters to do with the environment, and played a central role in the Green Schools Project. The other core interest she had was sharing and celebrating cultural diversity. She played a central role in the planning and organising of the School’s Annual Celebration of Culture Day.
It goes without saying that Rikako became a very popular student in Dundalk Grammar School. Unfortunately, when schools were ordered to close on March 12, and any hope for reopening was extinguished, Rikako, as with other overseas students, were left with little option but to return to their home countries. But Rikako had left a little of her culture behind, and determined to maintain her contacts and links with all in Dundalk.
As a testament to her engagement in the School’s TY Programme, Rikako was awarded the White Cup for having achieved the highest credits of all the students in the year. Credits are awarded for all engagements and involvements in TY, and the White Cup is awarded annually to the student who receives the most credits. The Cup is awarded at Prize Day, which this year was a virtual event. With Rikako back in Japan, it was not possible to present the Cup to her in person. So it was decided to post it to her. Given the current long delays in postal deliveries between Ireland and Japan, the parcel eventually arrived in Tokyo to her home address last week.
Rikako was overjoyed to receive this award, as it meant so much to her, and it was the perfect recognition of her time spent in Dundalk. Rikako’s mum, Michiko, said “this means so much to Rikako and our family, and it is a wonderful honour for her to receive this award”.
Rikako is pictured at her home in Tokyo having taken possession of the Cup, giving the traditional Japanese greeting of friendship and gratitude. She misses all her friends in her class, 5 Green, and the Grammar School and Dundalk, but she promises to come back in the future. With her Cup, a part of Dundalk is now in Tokyo. Ireland and Japan, opposite sides of the world, but united and together. 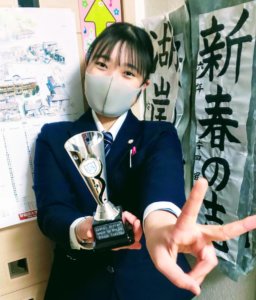