Posted at 10:03h in General, Soccer, Sports by Paul Murphy 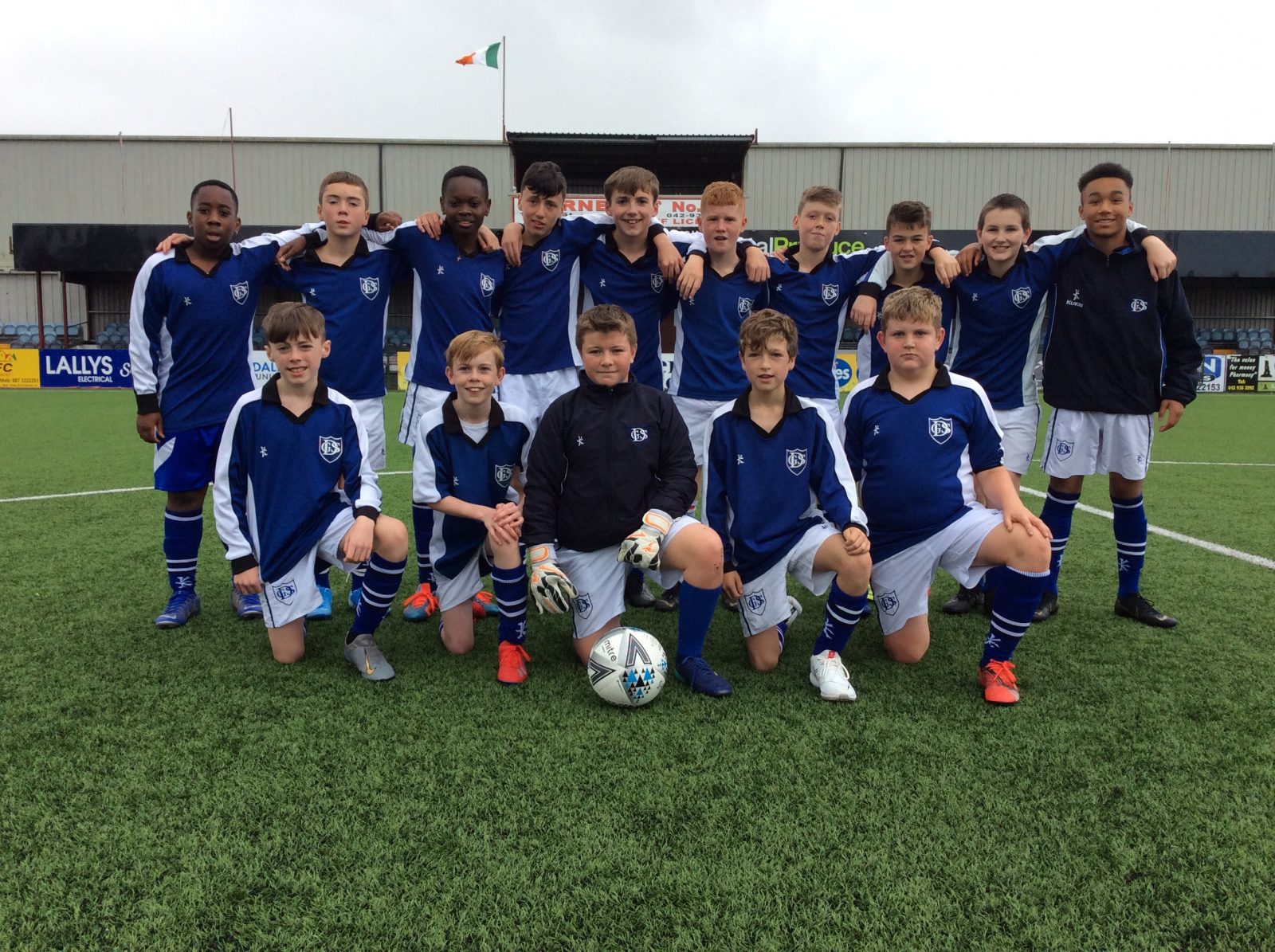 A great win last week for the DGS 1st Year Squad in their opening game of the league campaign against a solid Ardee outfit.

Despite the poor weather conditions DGS found their rhythm early on.

A brilliant run and finish by Runako opened the DGS account in the 17th minute. Doire Toner, Eliot Usoh along with Callum Watters dealt effectively with the few threats Ardee posed in the opening half.

A brilliant run from halfway by Mark Caslin saw him break several tackles before slotting the ball home to make it 2-0 as half-time approached.

Ardee responded in the opening minutes of the second half. Despite the wind advantage DGS took a bit of time to settle and push on.

Conor Norton and Matthew Byrne worked tirelessly in mid-field and Ronan Foley took off some brilliant saves in goal.

Cillian Crowe’s introduction with 15 minutes to go gave the school side a great advantage on the left wing.

A great pass slotted to Runako in the 42nd minute was clinically finished pushing the margin to 2 goals.

Olisa Eriobu and Ross Kearney’s introduction in the latter part of the game provided fresh legs and diffused any final threats the Ardee side posed.