Posted at 20:52h in General by Paul Murphy

The school was delighted to welcome a past pupil, Dr Hazel Wallace as guest speaker.

Dr Wallace studied Medical Sciences (Bsc Hons) at the University of South Wales between 2009 – 2012, graduating with a first class honours and an award for the highest academic achievement in her year.

During her time at medical school she also gained her level 2 and level 3 qualifications as a personal trainer.

She is currently pursuing a master’s degree in Clinical Nutrition and Public Health nutrition at University College London.

Dr Wallace continues to work as a locum doctor in London between surgical and medical departments, and also works with SportsMedics Ltd, a medical team working on the field at sporting and recreational events.

Dr Wallace’s debut book ‘The Food Medic” was released on May 4th, 2017 and made both the UK and Irish Bestseller lists (at number 3 and number 1 respectively). Her second book “The Food Medic for Life” was released the following year in April 2018, which also made the bestseller charts.

Dr Wallace hosts her own podcast “The Food Medic” interviewing leading experts in their field and sharing actionable advice on how we can live healthier lives. We were delighted that Dr Wallace shared her experiences of her time in DGS and her subsequent success.

The Headmaster, Mr Jonathan Graham, thanked Dr Wallace and took the opportunity to express his sincere thanks to all members of the school community for their continued commitment and support of Dundalk Grammar School.

Over 150 awards were presented to the students by the Dr Wallace which covered the whole spectrum of school life.

The ceremony was followed by refreshments in the Harper Building, with thanks to Total Produce PLC for their ongoing support of the day.

To see more pictures which were taken at the Prize Day click here. 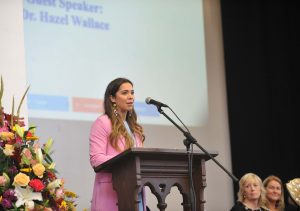 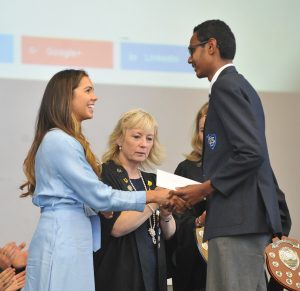 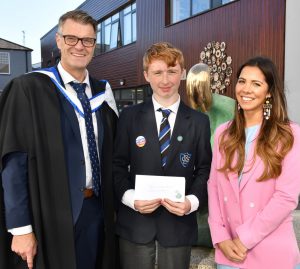 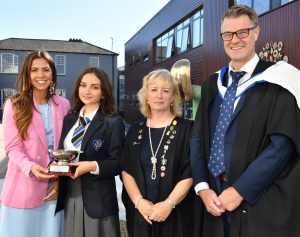