Posted at 18:44h in Debating, General by Paul Murphy

Síofra O’Reilly, Vishva Nagappan, Ben McQuaile, Shane Bruton and Kate O’Brien all won through to the next round of the Leinster Schools’ competition, having spoken variously as proposition and opposition on the motion, “This house would ban strikes by those working in essential state services.”

Melissa Akalonu was unfortunate not to progress but, as a TY student new to debating, she performed exceptionally well and surely has a bright future in the pursuit.

In keeping with our time-honoured, post-debate tradition, we decamped to Grafton Street for a debrief; although, in a slight break with precedent, it was to Burger King and not McDonalds we ventured.

Whereas in the past we relied on the humble happy meal to temper success and soothe loss as the need arose, last night it was the whopper combo which emerged as a commendable alternative.

Our five speakers now join George Green and Kate McKeown in the next round of the competition, with the possibility of two more joining them in the near future.

There, the two speakers amassed an impressive tally of points in the second round of the Matheson Junior National Debating Mace Competition.

Next on the agenda for the debating club is our inaugural first year Maiden Speakers’ Competition, details coming to a poster near you soon. 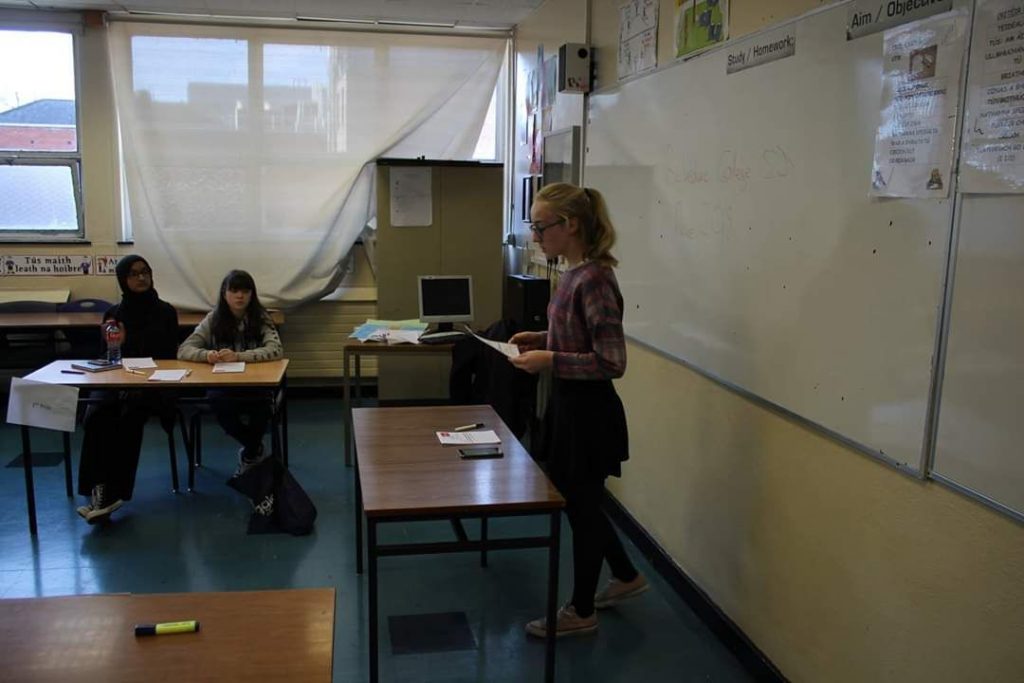