Posted at 17:40h in Business, General by Paul Murphy 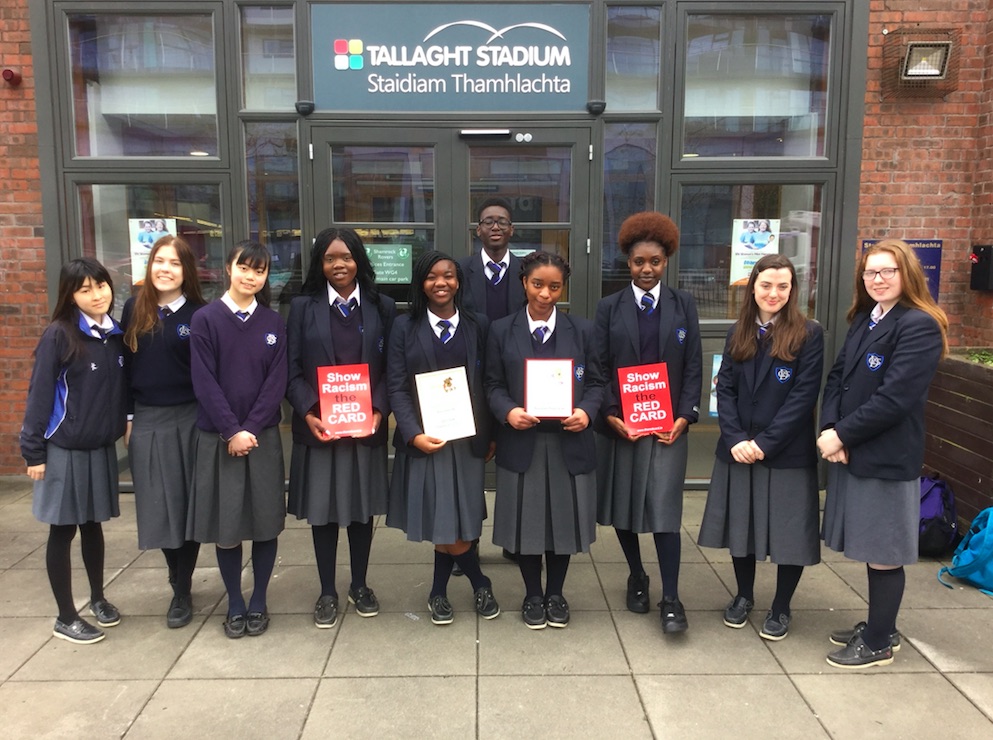 Ten students travelled to Tallaght Stadium Dublin on Monday April 30th to attend the Show Racism the Red Card Creative Competition Awards, the first time for DGS to participate in this Event. Attendance at this Event was an extension of the Celebration of Culture Day held in the school in March.

Melissa was asked to read out her poem “Dreams” at the opening ceremony, an honour for the school, and a personal honour for her. It is fair to say that Melissa moved the audience with her emotional recital of the poem, one she had written herself. The ovation she received, and the many acknowledgements she received at the Event, was testimony to what those in attendance thought about her rendition.

A Special Commendation Award was presented to the school, which Melissa, Fionnuala and Destiny were proud to accept on behalf of the group. This award was a fitting acknowledgement, not only for Melissa’s poem, which was submitted as backing for a video produced by Daniel for the Awards, but also in recognition of the Celebration of Culture Day organized by the students.

The students looked very smart in their blazers, a decision to wear they had taken themselves. They were wonderful and proud ambassadors of the school, and Melissa’s reading of her poem was a highlight.

In attendance at the Awards was Katherine Zappone, Minister for Children and Youth Affairs, Martin O’Neill, Manager Ireland Men’s Soccer Team, and Colin Bell, Manager Ireland Ladies Soccer team. In her speech, the Minister made reference to Melissa’s poem, and Colin Bell personally congratulated Melissa. He also spoke in German to Jena, having become fluent in the language when a professional footballer in Germany.

These students have firmly put multi-culturalism on the agenda in DGS. Celebration of Culture Day was a success, and already the students are looking to next year to emulate this year’s Event. Their attendance at Monday’s Event was the icing on the cake.

To view photographs taken on the day please click on the GALLERY link. 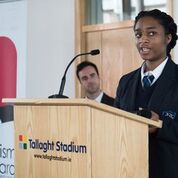 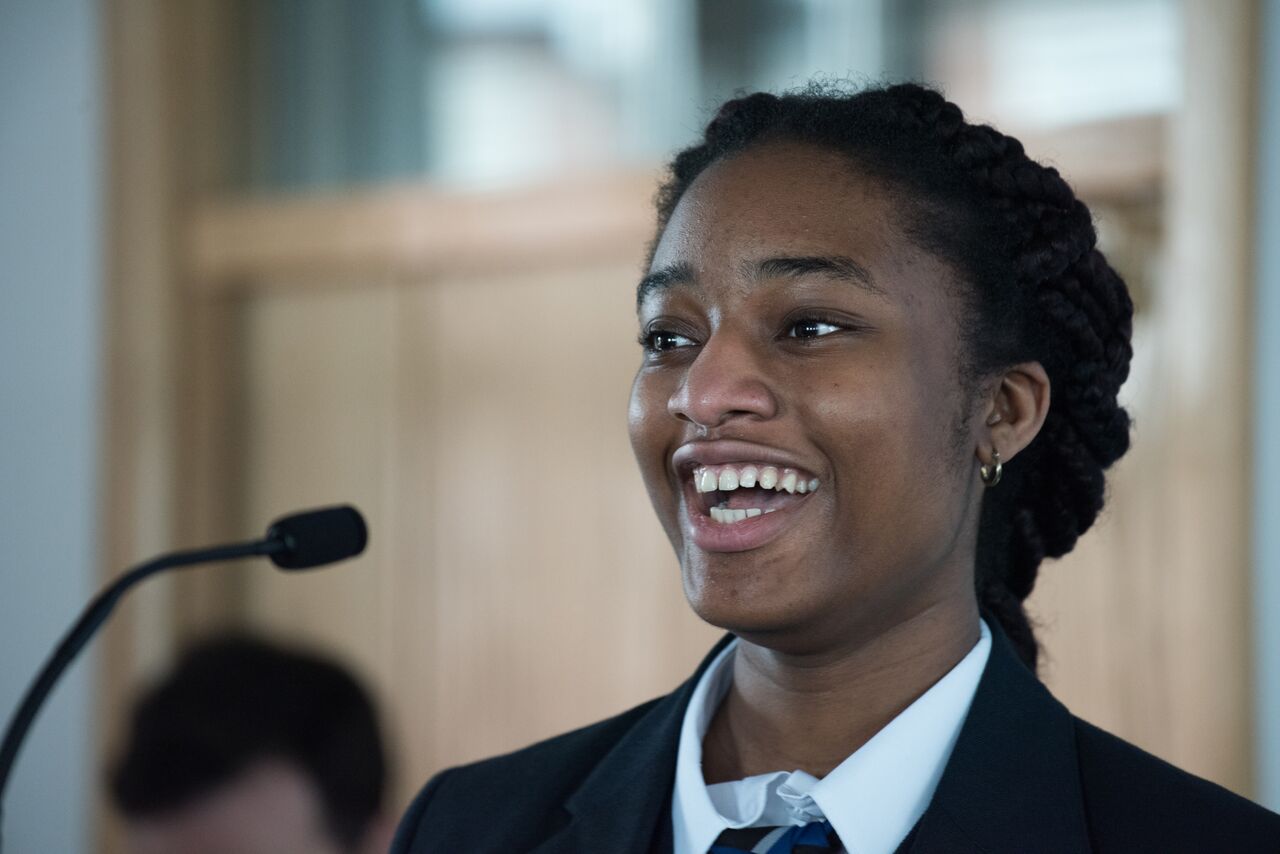