Posted at 11:00h in General by Paul Murphy 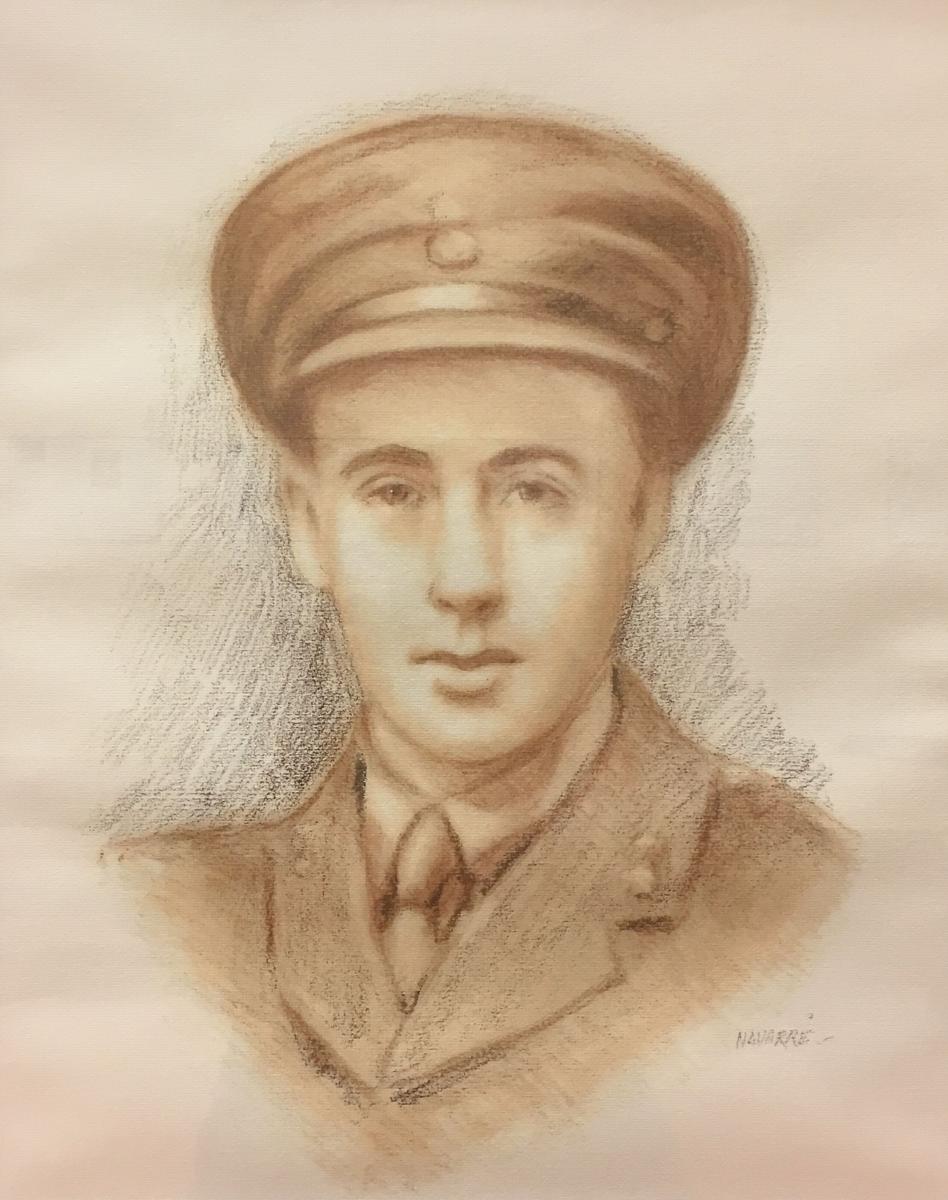 Next Wednesday, December 6th, marks the hundredth anniversary of the death in action of 2nd Lieutenant James Samuel Emerson, on the Hindenburg Line north of La Vacquerie, France. 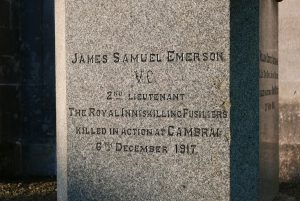 He was a posthumous recipient of the Victoria Cross, the highest award for gallantry in the face of the enemy that can be awarded to British and Commonwealth forces.

‘For repeated acts of most conspicuous bravery. He led his company in an attack and cleared 400 yards of trench. Though wounded, when the enemy attacked in superior numbers, he sprang out of the trench with eight men and met the attack in the open, killing many and taking six prisoners. For three hours after this, all other Officers having become casualties, he remained with his company, refusing to go to the dressing station, and repeatedly repelled bombing attacks. Later, when the enemy again attacked in superior numbers, he led his men to repel the attack and was mortally wounded. His heroism, when worn out and exhausted from loss of blood, inspired his men to hold out, though almost surrounded, till reinforcements arrived and dislodged the enemy.’ 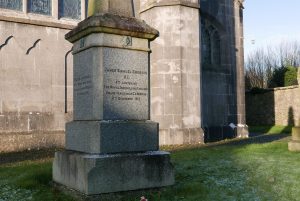 Previously a student at the Dundalk Educational Institution, Lieutenant Emerson was born in Collon, where he is among the soldiers remembered in the grounds of the Church of Ireland parish church. He served in Dublin during Easter 1916, and with the Royal Inniskilling Fusiliers in France. 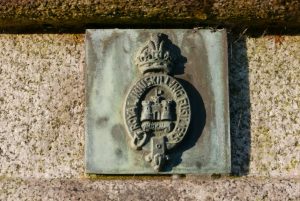 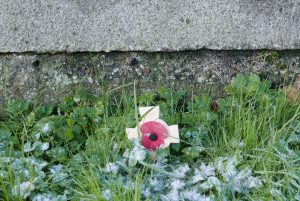 The monument in Collon is one of many worldwide, in cemeteries and public squares, Turkey and Senegal in these instances, remembering soldiers who came from and fought in a wide range of countries. 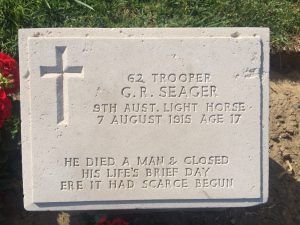 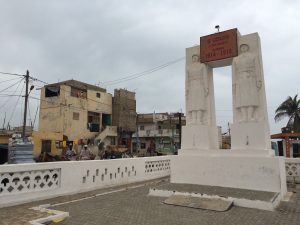 In addition to the history of individuals shown on the walls downstairs in the Harper Building, our school library has Joe Sacco’s Great War on the far wall under the windowsill.  It consists of a single, folded-up page, twenty-four feet long, that depicts the first day of the Battle of the Somme in 1916, when there were some sixty thousand British casualties. It begins with General Haig pacing outside his headquarters and ends with the digging of graves. 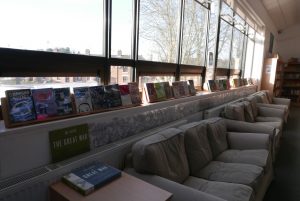 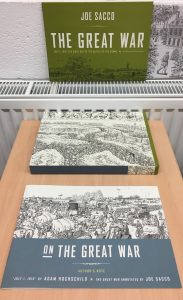 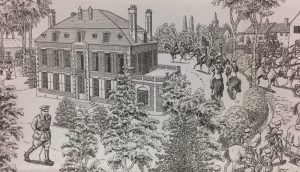 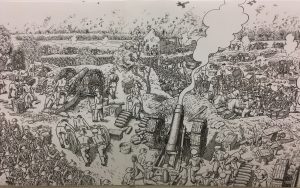 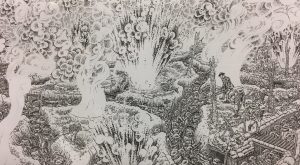 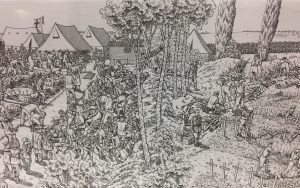 To deepen students’ understanding of the First World War, a range of history texts, poetry and novels – both literary and graphic – is available. 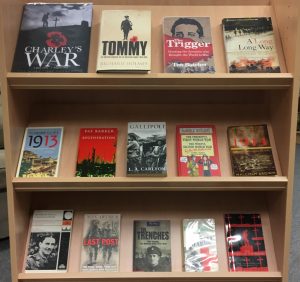 Lieutenant Emerson will be remembered here next Wednesday, at a ceremony attended by descendants and the wider school community.