Posted at 19:15h in Rugby, Sports by Paul Murphy 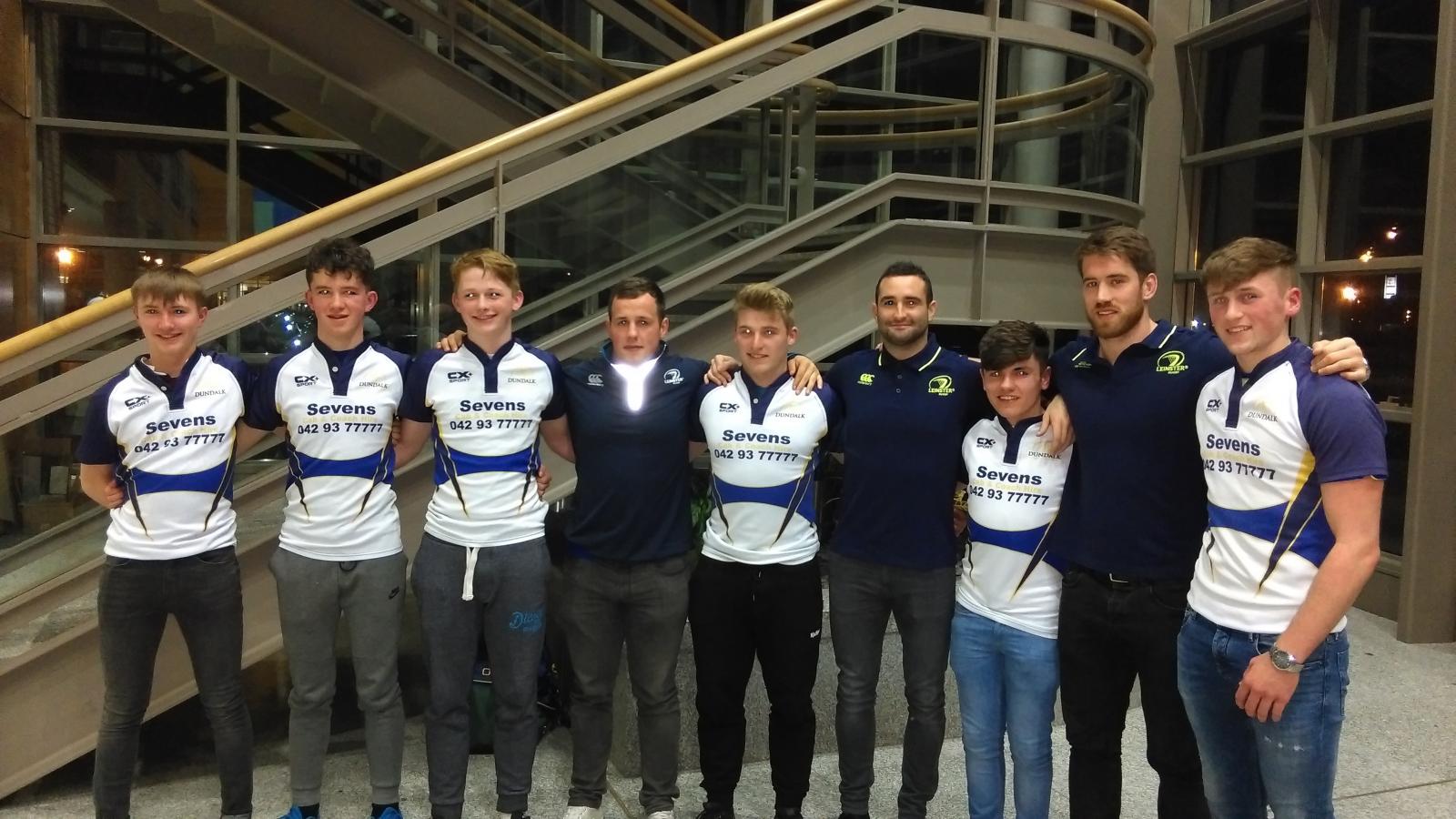 A fortnight ago a blitz competition was held by Leinster Rugby Officers among 9 schools from the North-East as a means of identifying potential nominees. From this 45 players were nominated and voting for the first team selection took place through the Argus and Drogheda Independent Newspapers.

Dundalk Grammar School had 8 players selected for the nomination and voting stages. At last night’s awards 6 of our students received awards for first team places. Among the recipients were forwards Zac Coan, Daniel Molloy and Andrew Cox while backs included Gerald Boylan, David Murdock and Max McGloin. The players were presented with their Future Stars Jerseys by Leinster Players, including local man Dave Kearney.

Well done to all the award winners and also to Jack Connolly and Tobi Akinsoylan who received nominations.