Posted at 10:17h in Hockey, Sports by Paul Murphy 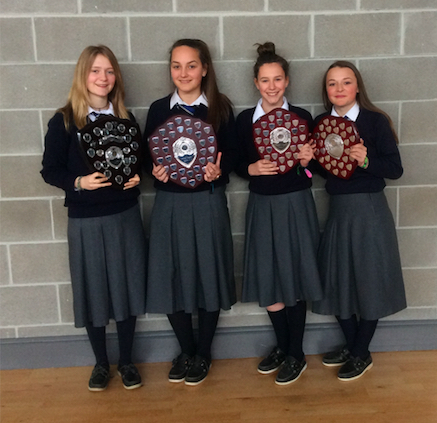 Congratulations to all the girls hockey teams.

This season has been a great one for girls hockey within Dundalk Grammar School.

The level of hockey is growing year on year within the school and this is being shown through our results and success at interprovincial level. We currently have four first year students training with the Leinster Development Squads and both Laina Maher and Alison Bailey made it through to the last stages of the Leinster under 16 teams.

This season the Grammar girls played in the A league of Leinster competing against the top Dublin schools. All teams from first years right up to senior equipped themselves magnificently at the top level of hockey in Leinster. Our aim next season is to push on and win at least one Leinster A trophy.

Over the past three seasons as hockey has grown within the school and the Dundalk girls have had great success at these finals, winning three out of four trophies in the same season.

The girls travelled on Wednesday trying to make history by bringing home all four trophies in a clean sweep.

The first year girls started the success with a great win beating Cavan and Headford in a three way final. They beat Cavan Royal by one goal to nil with the goal being scored by Polly Moran. They then beat Headfort by four goals to nil with two goals from Natacha Swan and a goal each for Moyà Louet-Feisser and Anna Gallen.

The second years added the second trophy of the day by beating Wilsons Hospital School by four goals to nil with two goals for Niamh Logue and two for Moyà Louet-Feisser.

The under 16 girls also played Wilsons Hospital. This was a much tighter affair with Wilsons taking the lead however Dorcas Madojutimi equalised with a fine effort into the roof of the net. The score was 1-1 at half time and in the second half the Dundalk girls came charging out of the blocks and scored four more goals through Emily McQuade (x2), Sarah Browne and Natacha Swan.

The DGS Senior B team stepped out on the pitch to create history and did so with ease as they beat Cavan Royal by six goals to nil with goals from, Charlotte Bennet (x3), Sarah Browne (x2) and Charlotte McShane. It was a great way to end a tremendous season and their Coach, Ms Clements,  would like to thank all the girls for the hard work and dedication throughout the season.

The first year girls season is still not over as they have a semi final and final blitz day next Wednesday (29th March) at Sion Hill school to decide the winners of the first year Leinster league.

Good luck to the 1st year girls team and all support is welcome on the day. 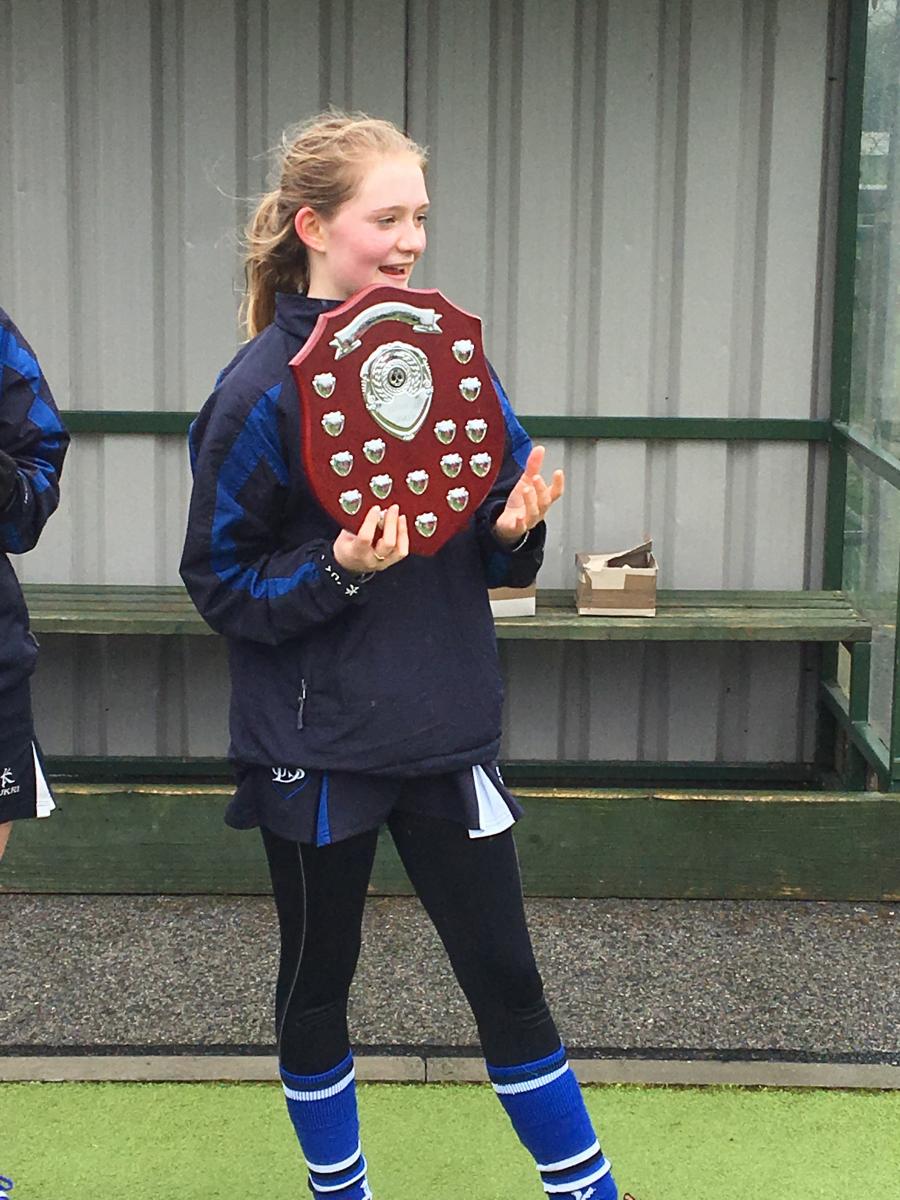 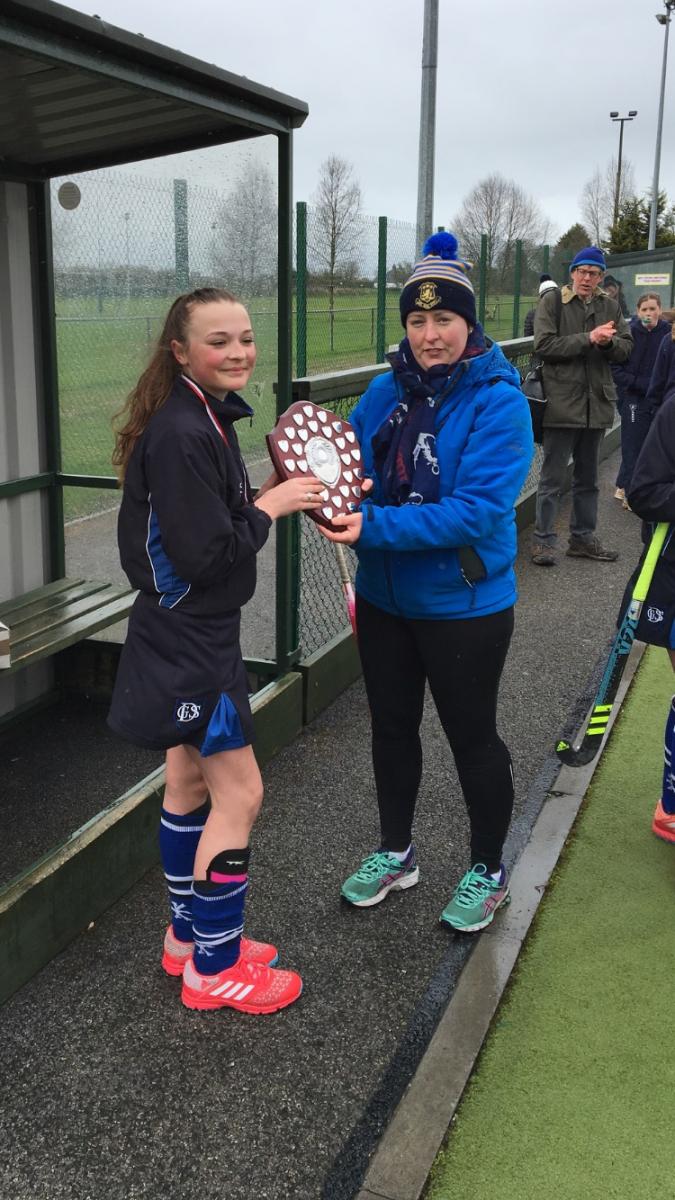 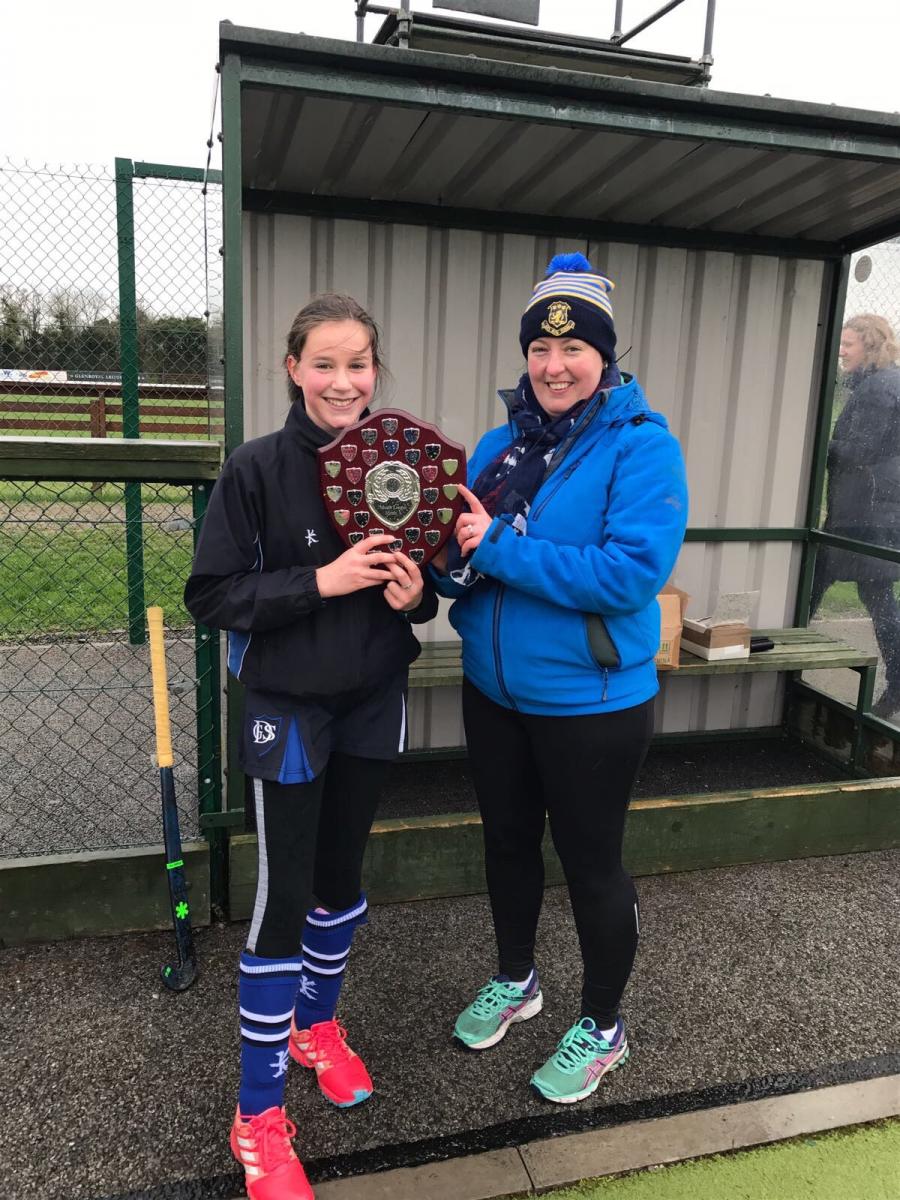 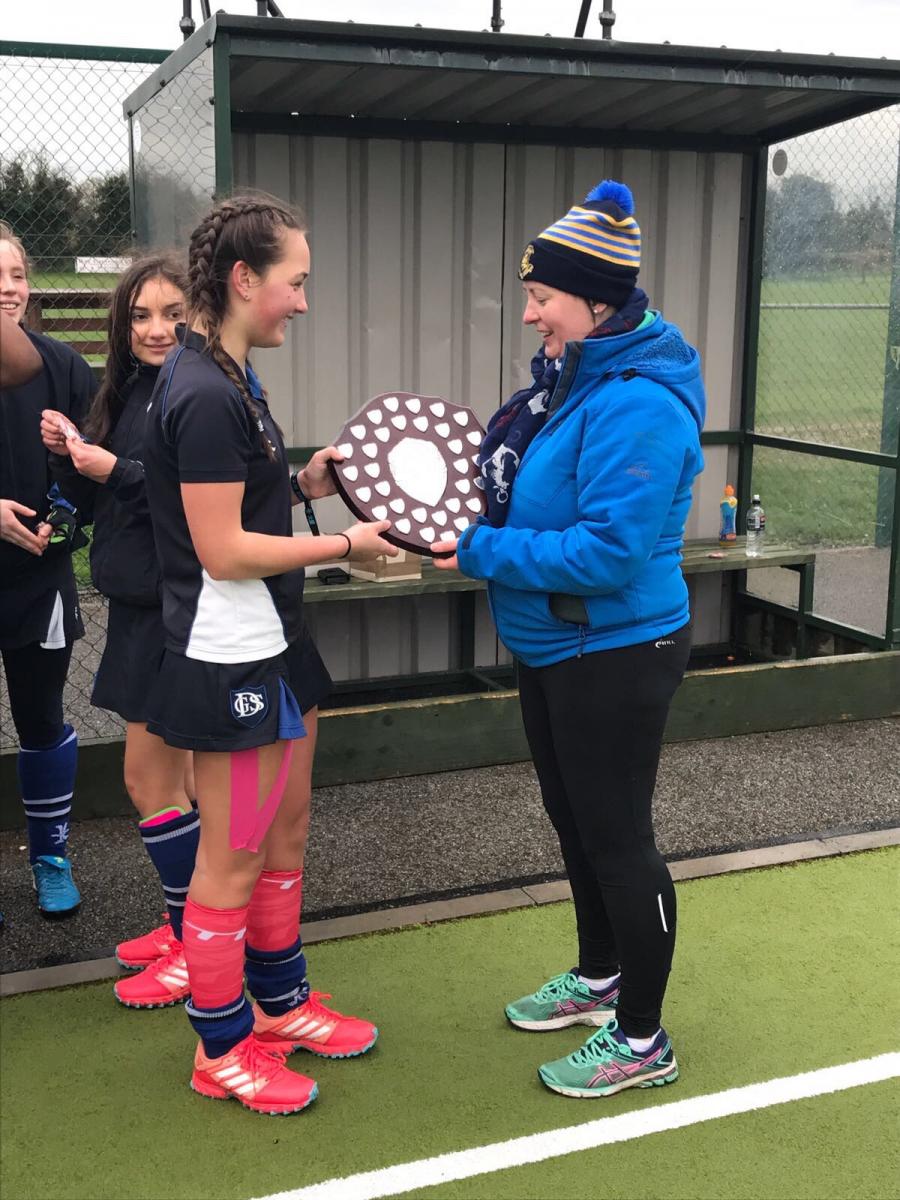 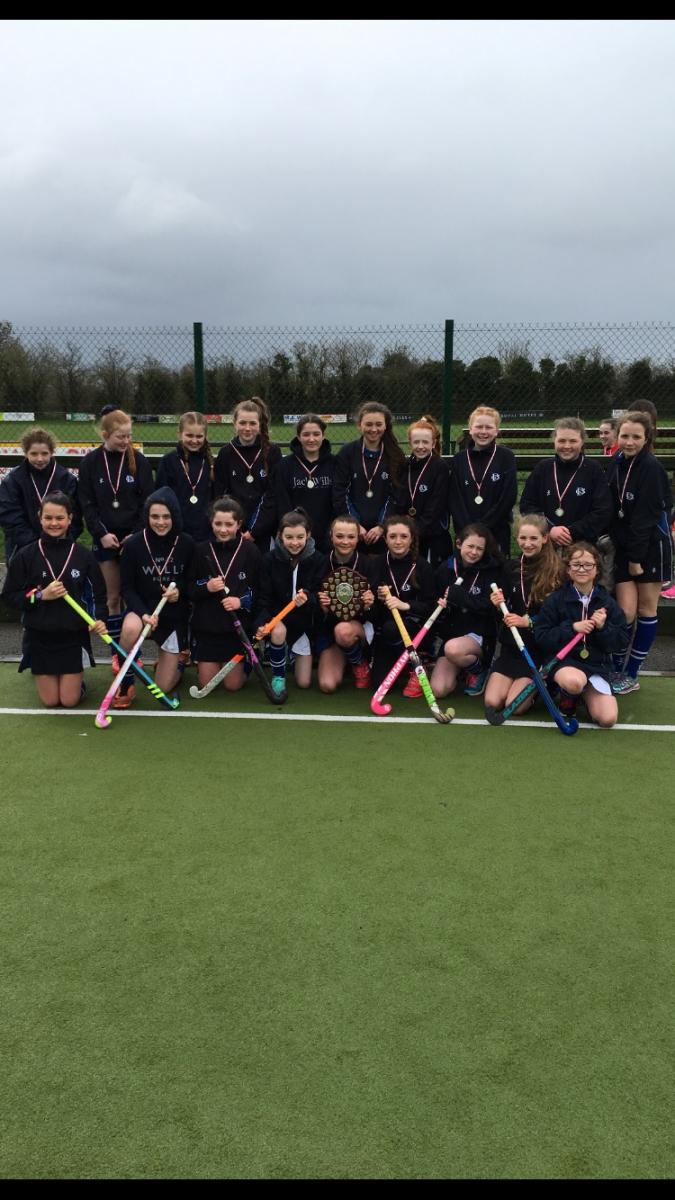 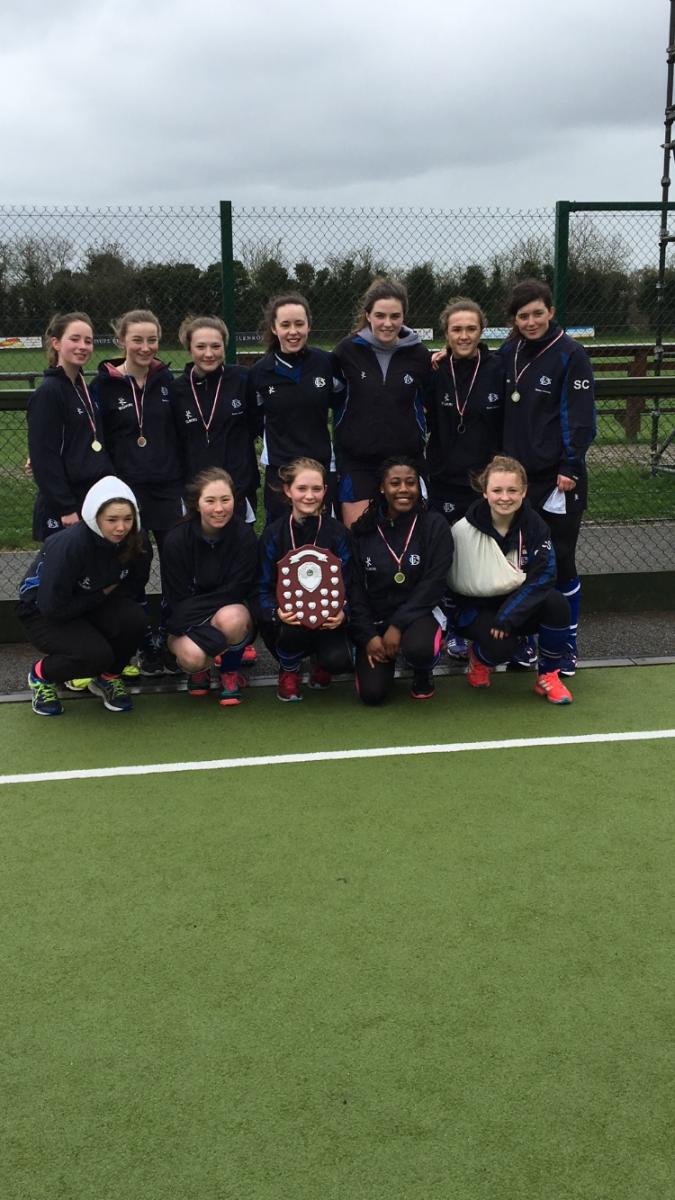 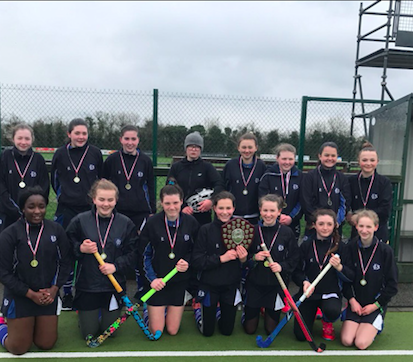 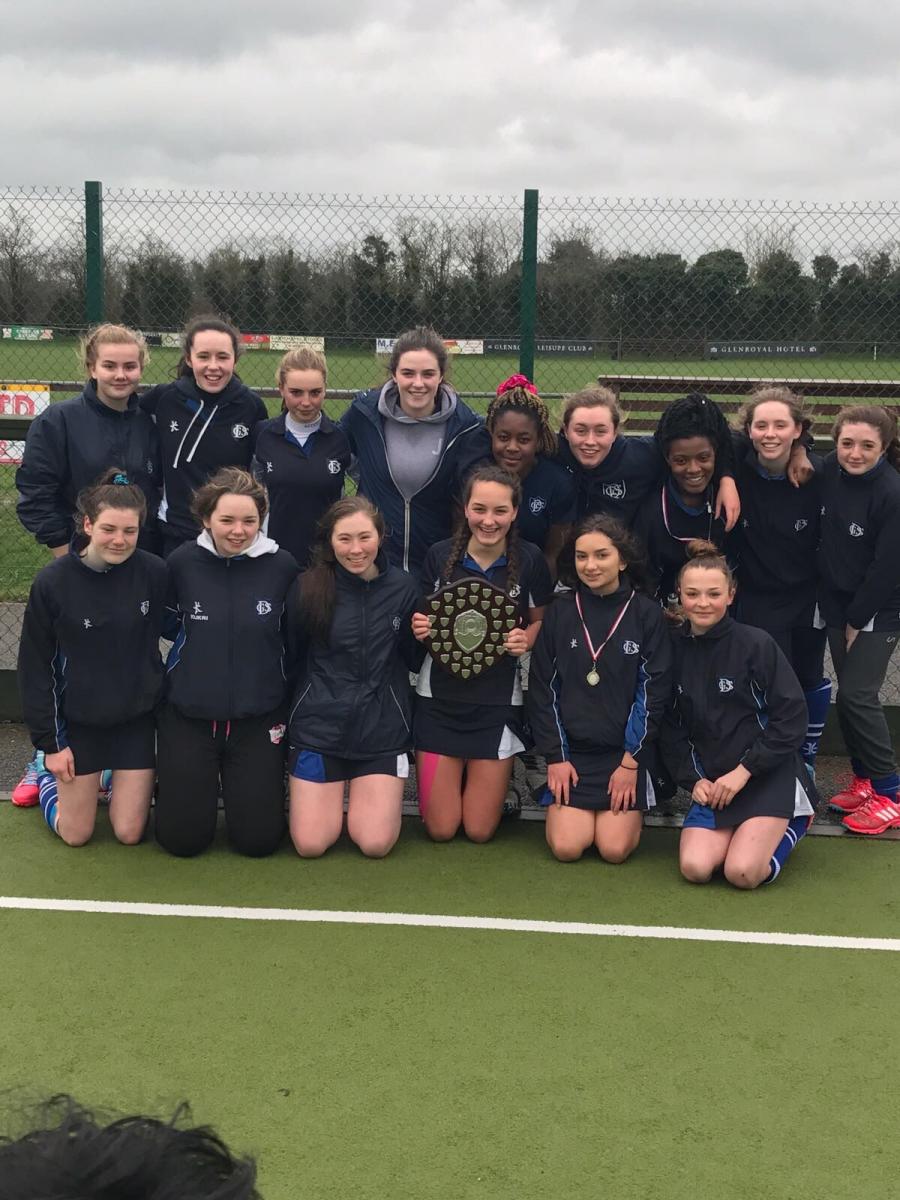 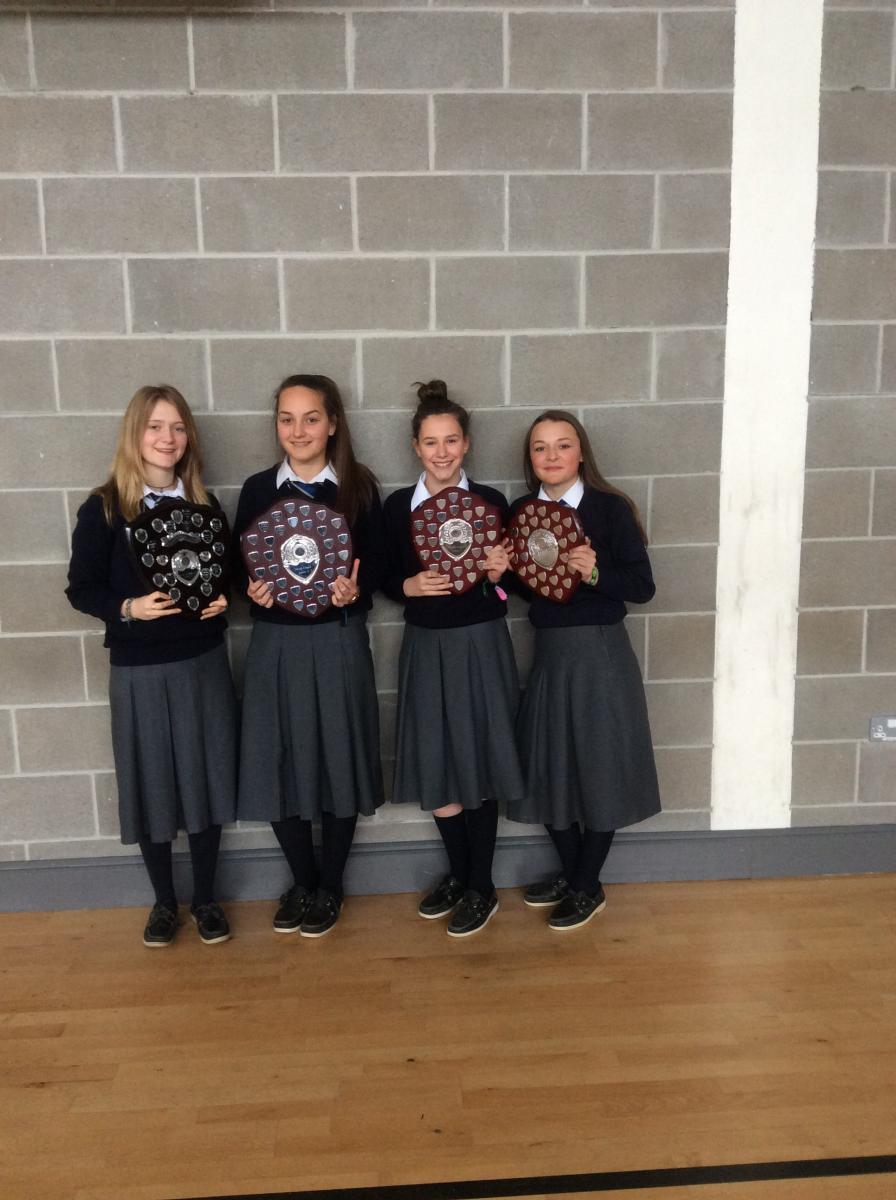 Click on images to enlarge and scroll to see more.