17 May Teofil is top programmer

Posted at 18:14h in General by Paul Murphy 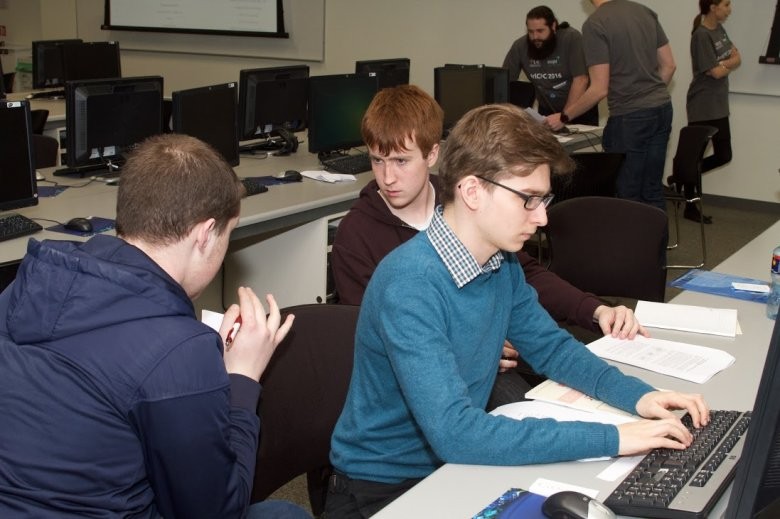 Teofil (at the keyboard) and team members

Earlier this year the school congratulated 6th Year student Teofil Camarasu on his success in the 2016 National Finals of the All-Ireland Programming Olympiad (AIPO), the national programming competition for secondary school students. At that event held in Dublin City University in February 2016, Teofil posted a perfect score on all problems after just 2.5 hours of the 5 hour competition. 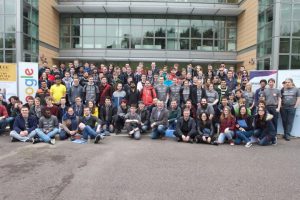 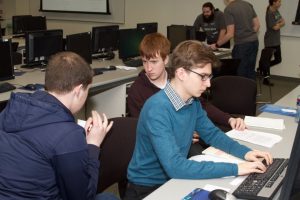 Teofil (at the keyboard) and team members 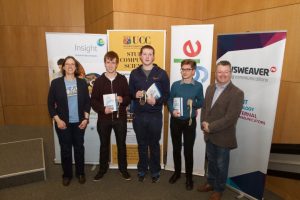 Last month (April 2016) Teofil travelled to University College Cork to take part in Ireland’s most prestigious computer programming competition, the 2016 Irish Collegiate Programming Contest.  The event attracts the best programmers from third-level institutions across the country, with occasionally entrants from international universities such as Oxford. A number of secondary school teams were also invited to compete alongside the third-level participants.

Teofil was part of what the organisers described as an “amazing team of secondary school pupils which included John Ryan, Eoin Davey and Teofil Camarasu” who scored the highest points overall and beat the third level students competing at IrlCPC 2016.

Professor Cormac Sreenan welcomed the enthusiasm of the second level students and indicated that it should send a clear message of the value in exposing secondary school students to computer programming.

Speaking after the event Jennifer Pettoff, Senior Programme Manager, Site Reliability Engineering, Google Ireland said that “Google Ireland was proud to sponsor IrlCPC for the third year in a row and to see record breaking participation by teams from all across Ireland. Coding competitions like these help students to hone their practical programming skills which will better prepare them for career opportunities in the industry.

Photographs of the event taken by Helmut Simonis.