Posted at 15:02h in General by Paul Murphy

Rio 2016 will see an Irish hockey team competing for the first time in over a hundred years. The men’s coach, Craig Fulton, gave an inspirational presentation to Dundalk Grammar School pupils in April. 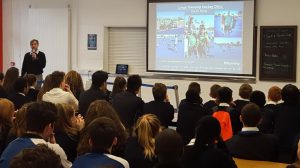 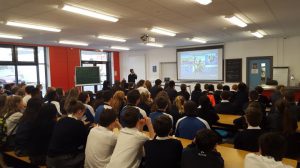 The story of the recent achievements of Irish Hockey Teams was well worth sharing. The men’s team has successfully qualified for this summer’s Olympic Games, one of only 12 national hockey teams who will be there. With the same 12 team limit, the Irish Ladies team missed out by the narrowest of margins.

The qualification story of the Irish hockey team had many great lessons for DGS pupils including the importance of ambitious goal-setting, strong positive communication, and establishing a shared commitment amongst team members.

All the pupils who were present on 4th April 2016, agreed that the story, and Craig’s telling of it, was inspirational.