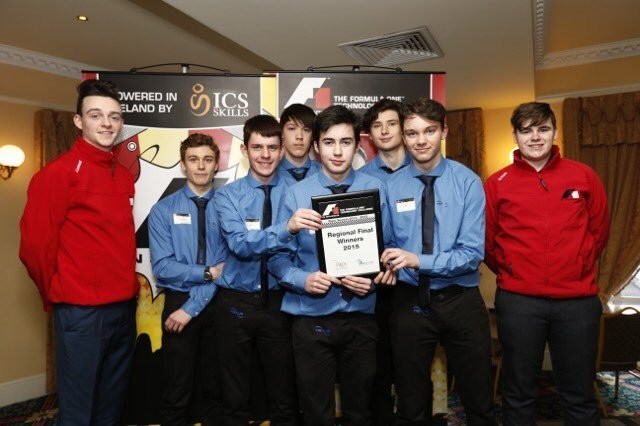 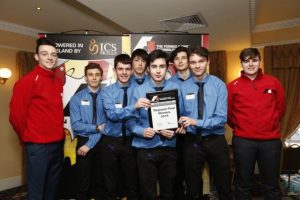 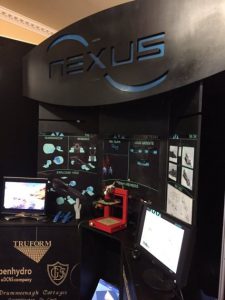 The Regional Finals were held at the end of February in the Citywest hotel in Dublin.  Nexus F1 was 1 of 25 teams competing in the Senior category.  The team were awarded fastest car and best verbal presentation. The car was propelled down a 20m track in a time of 1.094 seconds.

The team departed the school at 5:30am on Friday 26th February.  Nexus F1 members, Noah Cawthorne, Tom Cowling, Jakob Kellett, Sean Matthews, Kristian Mooney and Masaki Wanatabe, were delighted to move on to the next round of the competition.

“So far this has been an amazing experience, and the ICT skills we have learned will definitely be a help in the future. We’ve learned how to use a variety of Adobe products to a professional level, which will benefit us in the future. F1 in schools has given us the opportunity to learn skills we would otherwise not get a chance to learn” said Sean Matthews, Graphic Designer for Nexus F1.

Noah Cawthorne, Car Designer, echoed this statement, saying “We enjoyed the day greatly and we were proud to see the standard that our team had worked to compared to others. We have also developed our skills, learning how to use SolidWorks and Keyshot software applications to a professional working standard.”