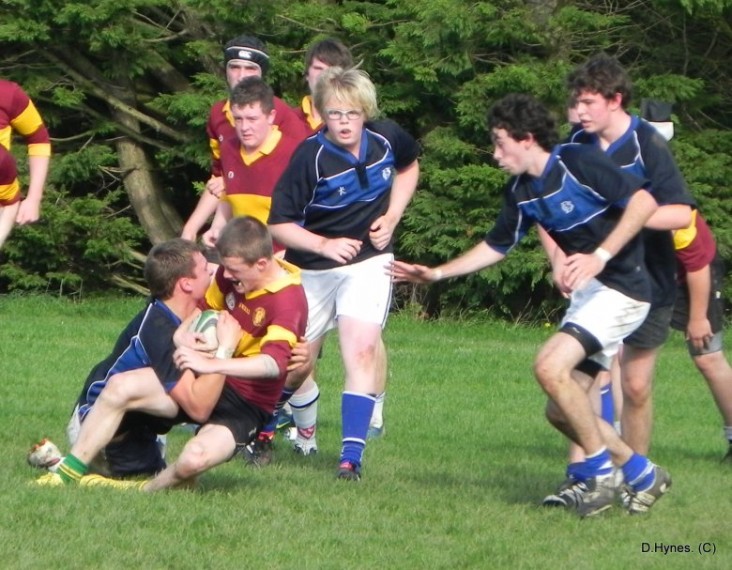 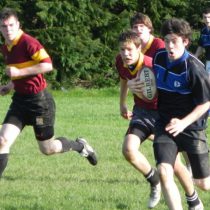 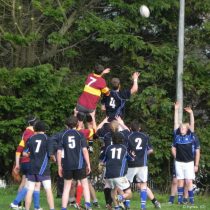 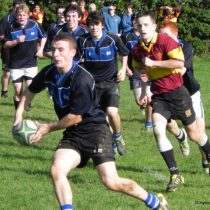 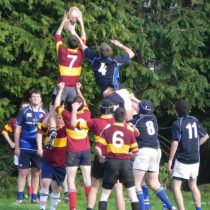 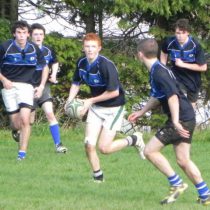 The match was a thrilling encounter with both sides playing an expansive game.

De la Salle went ahead early in the game running in two tires, one of which was converted.  The Grammar schooll responded instantly with team captain Conor Beattie, and forwards Brendan McDonnell, Conor Williams and Dan Finnamore combining brilliantly to put Karl McDonnell in for his first try.

DGS sustained this pressure and were rewarded when Conor Beattie ran in a second try.

At half-time De la Salle led by two points. The momentum was with De la Salle at the start of the second-half as their forwards made good ground and managed to run in a third try. With fifteen minutes remaining De la Salle extended their score to twenty one points to Grammar’s ten.

A succession of solid forward play by the Grammar pack edged them inside their opponents twenty-two metre line and allowed Daniel Bannon in to score a third try. This was followed quickly with a second try by Karl McDonnell.

In the dying minutes of the game the scoreboard put De la Salle ahead by 6 points.  A final Grammar try came from Padraic Conroy, who’s pace broke the De la Salle defence.  This was converted by Chris McGee to give Dundalk Grammar victory by a single point, and a place in the second round tie against Maynooth Post-Primary.